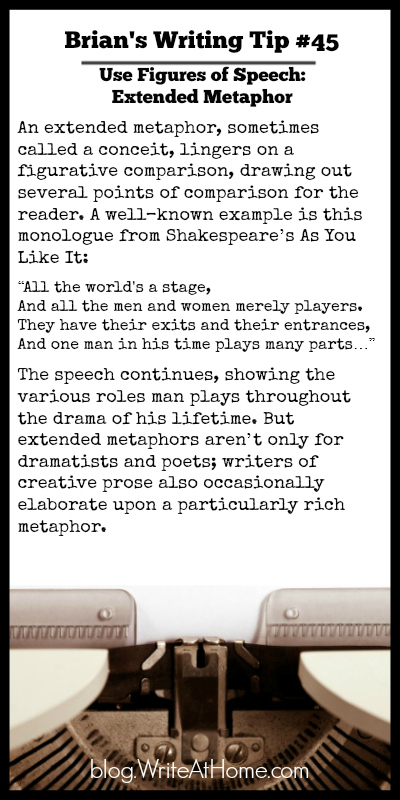 Use Figures of Speech: Extended Metaphor. An extended metaphor, sometimes called a conceit, lingers on a figurative comparison, drawing out several points of comparison for the reader. A well-known example is this monologue from Shakespeare’s As You Like It:

“All the world’s a stage,
And all the men and women merely players.
They have their exits and their entrances,
And one man in his time plays many parts…”

The speech continues, showing the various roles man plays throughout the drama of his lifetime. But extended metaphors aren’t only for dramatists and poets; short story writers and novelists also occasionally elaborate upon a particularly rich metaphor.