Search
Home / Blog / Soda, Pop, or Coke? Who Says What in America

I just found a site that could waste a whole lot of my time (thanks a lot, Sharon!). It shows how people across the United States use and pronounce words differently from one another. Living on the East Coast, I have always referred to soft drinks as soda. My friends from the Midwest, however, call it pop. Parts of the deep south refer to all soft drinks as coke. Apparently no one really calls them soft drinks.

But most of us know at least something of this. But wait, there’s more!

Joshua Katz, a Ph.D. student in linguistics at North Caroline State University recently published a fascinating set of maps illustrating the findings of a dialect survey by Professor Bert Vaux and Scott Golder.

I discovered the site through an article in Business Insider, but there’s lots more on the original site. You can even search for particular cities to see local survey results (59.1% of my hometown says soda, 23.1 says coke, 9.9 says soft drink, and only 7.9 call it pop.)

Here are some tidbits I’ve learned:

There’s much more. I invite you to check it out. Below is a little sampling. 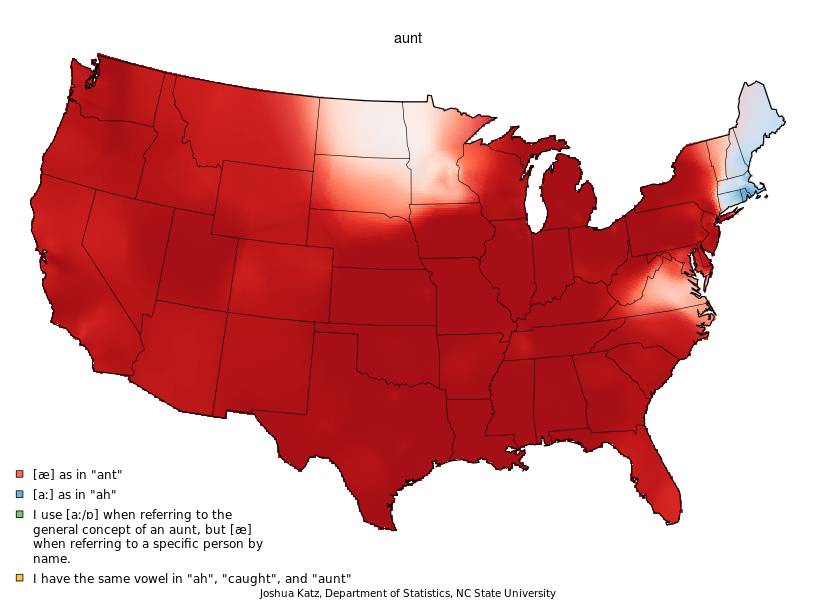 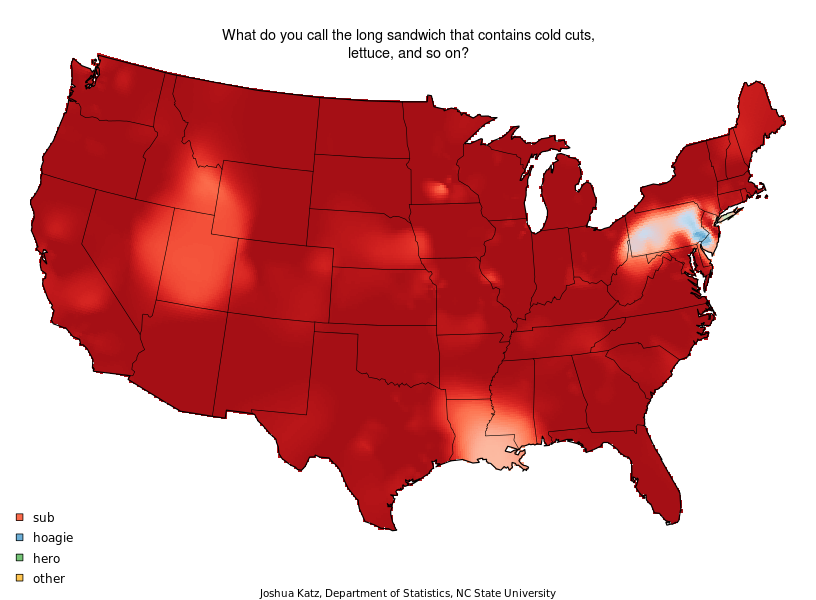 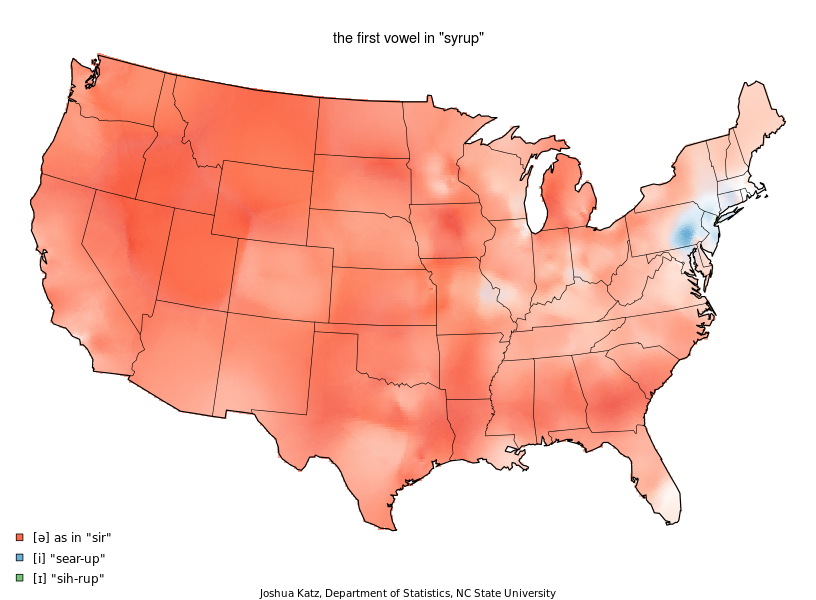 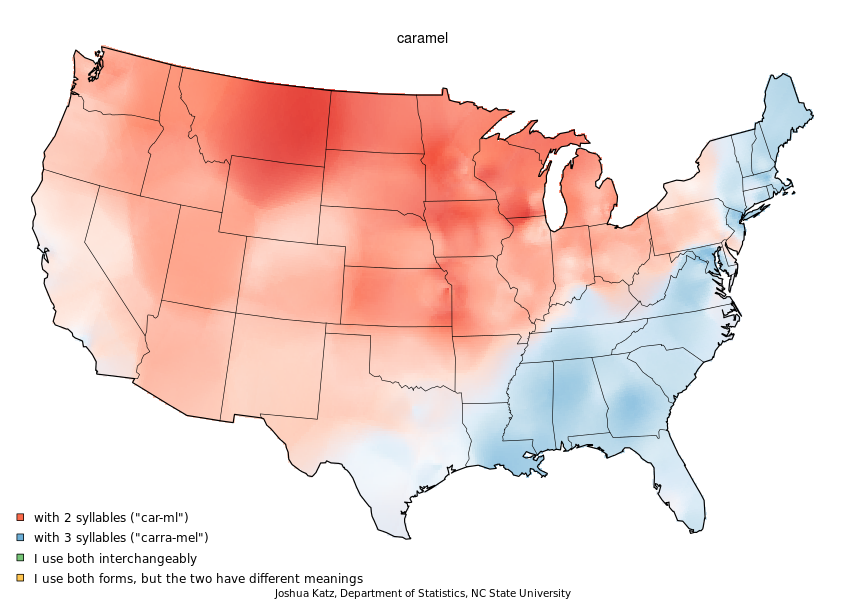 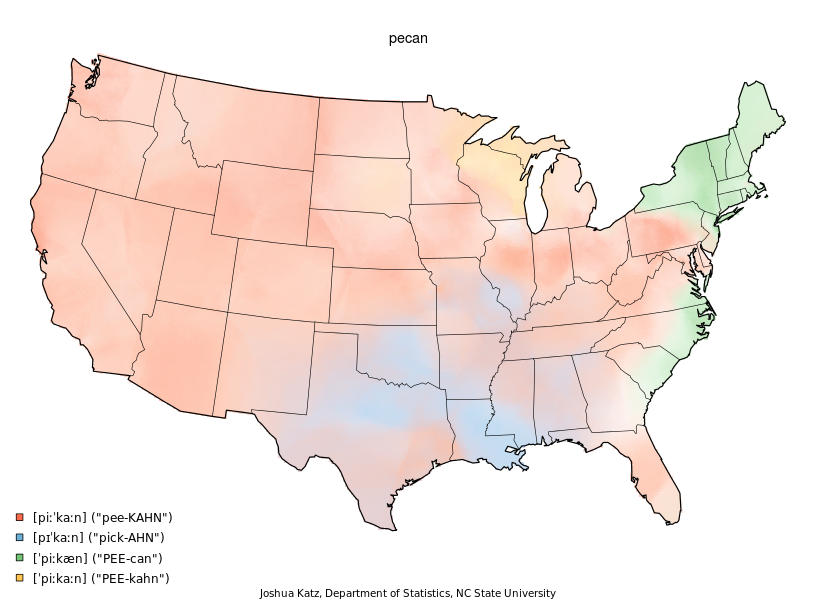 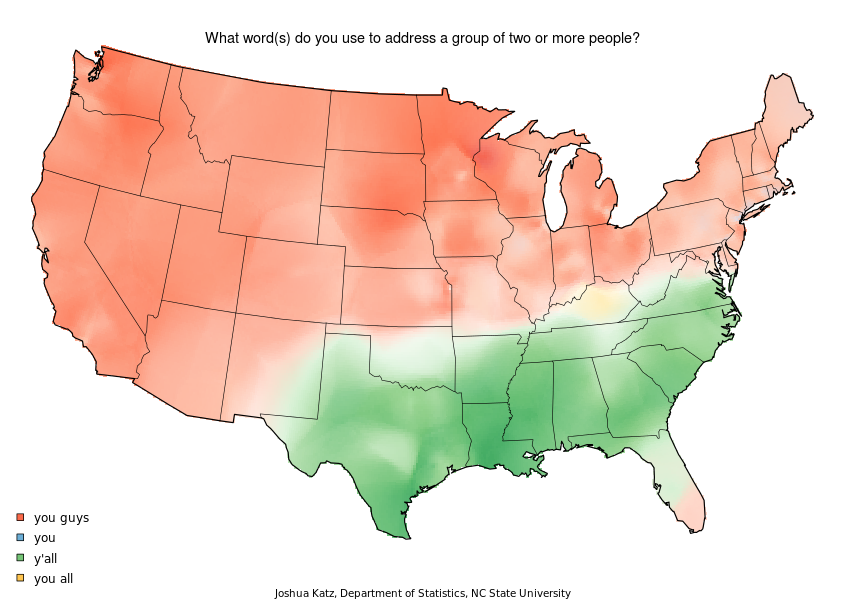