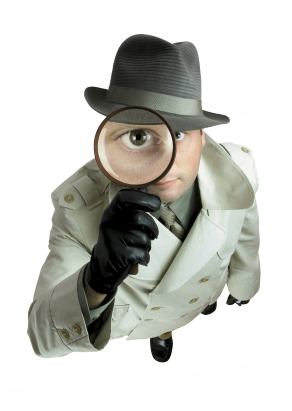 This writing assignment is half a mystery story. You will create the characters, establish the setting, and reveal the mystery to be solved. The half you’ll leave out is the solution to the mystery. This might be a little frustrating to your readers (have you ever read Frank R. Stockton’s “The Lady or the Tiger”? It’s frustrating like that too).

The purpose, however, is not to drive your readers crazy. It’s just that setting up a good, mysterious mystery is enough of a challenge. Creating a clever and unexpected solution is even more difficult. So, we’ll get the first part done for practice. If you really like it, of course, you can certainly finish the story later.

Before you start writing, here are some things you’ll need to think through.

1 The problem: What kind of mystery will this be? A murder? A kidnapping? A stolen jewel? You might even want to get cute and make a mystery out of something more commonplace—like a missing tennis shoe or homework assignment.

3The setting: Paint a picture of the scene of the crime. Is it an old mansion? A movie theater? A dark alley? Think about the time period too. Do the events take place yesterday, or in the Wild West, Ancient Greece, or the 23rd century?

4The clues: A good mystery should include several clues. Your hero might discover them, or they might be plain to everyone—a monogrammed glove, a finger print, the smell of perfume. To keep it mysterious, you might want to have your clues point in different directions. You should have at least as many clues as you have suspects.

Use this downloadable chart to plan your story. Once it’s planned out, you’ve got to get all the parts into a story (well, half a story). To keep it simple, I suggest you start the action after the crime has already taken place. Don’t show the crime actually happening. Start your story as the crime solver arrives on the scene. This will keep things briefer.

Writing good stories is more difficult that most young writers imagine, but when you get it right, it’s a thrill. Good luck!

Why You Should Never Assign a 500-Word Essay