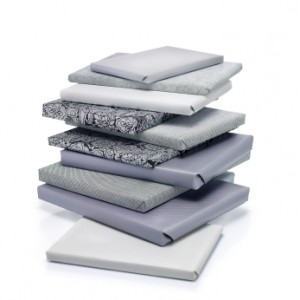 When I say literary present, I’m not talking about receiving a Barnes and Noble gift card on your birthday. The literary present refers to the custom of using present tense verbs when writing about events that take place in a work of fiction.

It is correct, for example, to say, “Gatsby discovers that the American dream is not so easily attained.” Notice the simple predicate is “discovers” not “discovered.” Although a sentence like this sounds natural to most of us, students who are just beginning to write literary analysis tend to find the past tense more comfortable. It takes some instruction and lots of practice to develop the habit of using the literary present.

Remember; this is only the rule for works of fiction. When writing about history and historical works, use the past tense. But fictional stories live on in perpetuity. They transcend time — even if the story is set clearly in some moment of history. Ahab and Hamlet die at the end of their stories, but they live on.

Using the literary present isn’t always as easy as it sounds. Sometimes you have to jump around in time when talking about a story in order to make sense:

Harry soon realizes that the man he had seen at the train station will become his nemesis.

The sentence is essentially in the present tense (realizes), but the past perfect (had seen) and future (will become) are needed to make the sentence clear. It would be confusing to write:

Harry soon realizes that the man he sees at the train station becomes his nemesis.

It’s also important to differentiate between historical information about the book and the events in the book itself. Use past tense for the former:

Virginia Woolf wrote Mrs. Dalloway in 1927, in which the title character struggles to understand her place in society.

In general, when writing about fiction, try to remember that the events of the book occur in the present, not the past. Talk about them that way.

Something on your mind? We’d love to hear it. Leave a comment below.