Search
Home / Blog / The Importance of Unity in Writing

The Importance of Unity in Writing 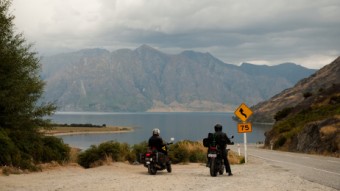 Today’s lesson is on an attribute of all good writing — unity. Unity means oneness. It describes writing that sticks to a central idea, theme, or story. Good writing doesn’t wander around like a gossip at a dinner party, it stays focused like an astronomer at his telescope.

Read the following passage and see if you can tell where the writer violates the principle of unity:

We rounded the hilltop and our hearts leapt. Below us snaked miles of winding blacktop — a motorcyclist’s dream. The air was clear and the sun reflected off beetle-sized cars inching along thousands of feet below us. One of them might have been a limousine, but it was too far away to tell. I dropped down a gear and felt the machine lurch ahead, eager for the descent. Chris hugged my waist a bit tighter and we leaned hard into the first turn.

Did you catch the sentence that wandered from the subject of the paragraph? It was the one about the limousine. If that sentence didn’t leap out at you, read it again — it’s as though the writer got distracted by the cars he was describing and forgot that the point of the paragraph was the start of an exciting motorcycle ride. Read the paragraph again without that sentence and you’ll see how much more focused it becomes.

Here’s another example from an expository paper. See if you can spot the sentence that wanders off track:

One of the most important and controversial parts of the U.S. Constitution is what is referred to as the Necessary and Proper Clause. It is found in Article One, section 8, and gives Congress the power to “make all laws which shall be necessary and proper for carrying into execution” the powers given to them. This little clause is important because it seems to give a great deal of power to Congress. It is an old axiom that “Power corrupts, and absolute power corrupts absolutely.” The historic point of controversy over this clause has to do with how we define the words necessary and proper.

See it? The sentence that contains the quote about absolute power doesn’t quite fit. It’s a good quote and might be useful somewhere else in the paper, but as it is, the sentence is a distraction from the overall purpose of the paragraph. It tempts the reader to contemplate the corrupting effects of power when they should simply be learning about an important and controversial part of the Constitution.

Some people have a round-about way of speaking. Maybe you’re like that. You get started in one direction, but a word or a phrase will remind you of a completely different story, and you’ll head off on a tangent for a while. Sometimes you get so excited about this secondary idea that you forget what the first point even was.

People put up with this when we’re speaking casually, but it’s a bad habit for writers. Good writers make sure that every word, every sentence, every paragraph serves the purpose of the paper.

Writing with unity requires mental discipline. Active minds are easily distracted. It’s a common thing to begin a journey with a clear destination, only to get sidetracked and find yourself lost and needing to find your way back to the original path. Don’t let this happen as you write. Keep focused and let every sentence serve your overall purpose.

Please comment below. We love to know what you think about this article or our blog in general.

Dord: Merriam-Webster’s Ghost Word
Where Did OK Come From?