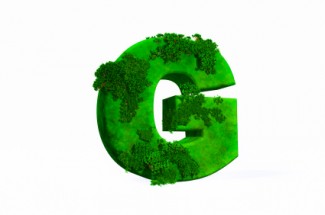 Today we’ll look at troublesome homophones that start with g. These are words that are easy to misspell or otherwise confuse.

If you are talking about the way someone walks, you are referring to his gait, as opposed to the thing he might walk through — gate.

After passing through the gate, Oswald slowed his gait.

Gambol is an antiquated word meaning “to skip about or frolic.” Gamboling seems uncommon today, while gambling, unfortunately, continues to be popular.

When his gamble paid off and his dark horse won the race, Larry began to laugh and gambol about the track.

This is a tricky one. If you want a noun, you always mean gel. Both jell and gel can be verbs, however. Jell means to become like jelly and gel can mean to become like gelatin. Since jelly and gelatin are similar substances, these words are basically synonymous. When using it metaphorically to mean “become clear or definite,” however, only the j-spelling is correct.

At the meeting about the company’s new hair gel, the marketing plan finally started to jell.

These get confused often. When referring to DNA and hereditary traits, the spelling is genes. The pants are spelled jeans. Both of these words as singular can be names also. Gene is typically a masculine name, and in English, Jean is usually feminine. Jean, however is also French for John and is pronounced zhan.

Gene, who had inherited his genes from Jean, looked uncomfortable in jeans.Don’t miss any of our great posts on writing, grammar, and language. SUBSCRIBE NOW.

Gibe means to taunt or jeer, or a taunting remark. Jibe, on the other hand, was originally a sailing term meaning “to adjust weight or direction in accordance with the wind.” It is now more often used to mean “to be in harmony or accord.”

I can tell from his constant gibes, that Vince does not think our plan jibes with his goals.

Guilt is that bad feeling you have when you do something wrong. Gilt is the past tense and past participle (adjective) of gild, which means “to coat with gold.”

Tom felt increased guilt when he learned that the watch he had lost was gilt with 24-karat gold.

Gopher is the tunnel-making rodent. A gofer is someone whose job is to run errands and fetch stuff.

To kill that pesky gopher, I needed some dynamite from the shed, so I used Charlie as my gofer.

The big ape is a gorilla. Guerrilla can be a noun or an adjective, and it relates to a kind of warfare that is irregular, politically motivated, and usually against a larger, more organized army.

If we could train gorillas as soldiers, they would be very useful in guerrilla warfare.

I don’t suppose we mess this up very often. They are both rather common words, but grate is always either a noun meaning a frame of crossed metal bars or a verb meaning either “to cause irritation” (That sound is grating on my nerves.) or “shred by rubbing against a rough surface” (Grate some cheese. ). Great is almost always an adjective meaning “large” or “of superior quality.”

That grate is great.

Grizzly means grayish, but it also refers to a kind of large brown bear. Grisly means grim or gruesome.

What that grizzly did to those unwary campers was rather grisly.

Two more common words that are rarely confused. The anguished utterance is a groan. Grown is an adjective meaning “advanced in growth,” or the past participle for the verb grow.

I emitted a groan when I saw how much Sharon had grown in my absence.