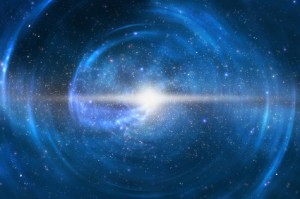 This post is another in a series of guest posts by writer and former WriteAtHome writing coach, David Sims.

The idea for this stage is “higher stakes, greater complications.” After the Point of No Return at the midpoint of the novel, the Hero’s goal becomes both more difficult and more important to accomplish. He has a harder time achieving his goal but is more committed to it than ever.

In The Firm, during this stage, not only is the firm breathing down McDeere’s neck, but the FBI is also pressuring him to steal evidence, or they’ll throw him in jail. Plus the Mafia is still in the picture. He’s got more to lose, and it’s getting tougher and tougher for him.

It’s during this time the Hero usually undergoes the Death and Rebirth experience. He becomes willing to give his life for others or a cause.

But the Hero will face what he’s most afraid of — maybe not actual death in the outer world, but some kind of metaphorical death to his inner journey, such as the end of his hopes and dreams. It could be a death from years ago coming back to haunt the Hero. It’s usually staged in something reminiscent of a cave.

Shortening scenes before each climax gives a more brisk tempo; longer scenes slow down the pace. Scenes of climax need to be shown in detail for the reader to get the full emotional effect.

Something or someone needs to die at the 60 to 65 percent point, whether it’s the Hero’s Death and Rebirth or the Hero confronting another death. There must be some taste of death, some contrast of life and death. It can be the Hero himself undergoing the Death and Rebirth, his Sidekick or Ally dying, or a dream vanishing forever. It could be a business shutting down, a failed ambition, or a falling-out between the Hero and the Sidekick, Ally, Mentor or Romantic Interest.

The emotional impact of the Death must hit close to home, though, to have a powerful articulation and impact. Wake the reader up. It can be the Hero and the Romantic Interest splitting up out of the Hero’s fear at living completely in Essence, wanting to retain elements of Identity. This causes the two of them to fight or break up, a great cliff-hanger for the reader.

In Star Wars Pinch Point 2 is the Storm troopers attacking Luke, Han, and Chewbacca as they rescue Princess Leia in the Death Star. Both pinch scenes remind us of the Empire’s opposition, and using the Storm trooper attack motif unifies both Pinches. The Firm‘s Abby McDeere leaves Mitch about this point.

If the big confrontation with the Evil One happens here, there could be a “Seizing of the Sword” when the Hero wins. The consequences of the Hero undergoing this ordeal and being able to face down his fears are seismic, setting off waves in the rest of the story. It could lead to him taking possession of his birthright, seizing the sword, taking possession of what he earned, or being rewarded for having facing his fears and standing up to the Evil One.

It can be where the Hero gets an insight or better understands his place in the world, or it can be negative, where telling the truth leads to a storm of protest, but it was good for the Hero’s soul to do so, physical consequences be what they may.

It’s good to know someone’s out there. Leave your questions or comments below.