Search
Home / Blog / The Heroic Journey, Part 19: The Point of No Return 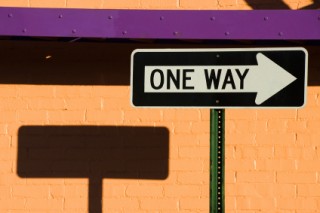 Just before the Midpoint, it appears the Hero’s going to pull it off, achieve the goal. But at the midpoint of the novel, and the midpoint of Act II, something happens that results in an apparently devastating reversal of the Hero’s fortune.

Here the Hero passes The Point of No Return. He’s in too far to pull back or abandon the quest;  he has to see it through. He’s fully committed. His bridges are burned. There’s no returning to the life he lived at the beginning of the novel. He might try, but he’ll find he can’t go home again.

In The Firm, at this point an FBI agent is outlining McDeere’s options, which are to cooperate with the feds and risk his life or get thrown in jail, and he says to McDeere “I’m telling you your life as you know it is over.” It’s a low point for the Hero; he seems far from achieving the goal.

During this stage, writers should think about…

Thoughts? Questions? Suggestions? Post your comments below. We want to hear from you.

Writing Rules Are Made To Be Broken
Writers On Writing