Search
Home / Blog / Writing Rules Are Made To Be Broken 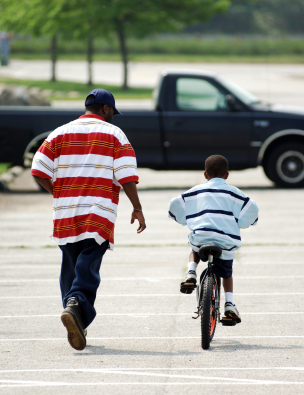 Most writing rules are like training wheels. They keep inexperienced writers from making mistakes that lead to awkward or unclear writing. But experienced writers often break the rules we are taught in English classes. A good example is the sentence fragment. Teachers spend years drilling into students the idea that every sentence must have a subject and a verb and express a complete thought. Then we open the morning paper and read a nationally syndicated columnist who writes:

Another reduction in the prime rate. When will this stop?

If you pay attention, you can find many examples of flagrant fragments like this. Most people, however, never even notice. This is mostly because the writing worked for them. It sounded fine. It communicated clearly. No problem.

The difference between this columnist and a novice student writer is that the columnist knew what he was doing. Opening with a fragment was deliberate. He chose to break that rule. It wasn’t that he didn’t know how to write complete sentences. He used a fragment because he thought it would work better. He had long ago removed the training wheels.Don’t miss any of our great posts. CLICK TO SUBSCRIBE NOW.

The truth is, there aren’t many hard and fast writing rules. Writing is an art form, and artists don’t tend to like rules. In fact, many of the “rules” that we’ve been taught aren’t really rules at all. For example, in most cases, it’s okay to end a sentence with a preposition or to split an infinitive. These sketchy “rules” have been passed on for generations, but highly regarded writers have ignored them all along.

Some writing “rules” just beg to be broken (or at least bent occasionally). So, at WriteAtHome, our rule is simple: Know the rule before you break the rule.

The rule for rules: “Know the rule before you break the rule.”

In other words, you can’t make a mistake and then later claim it was intentional. You have to know what you are doing and do it on purpose.

First, however, you should learn how to ride with the training wheels on. We often get student papers that contain a sentence beginning with the conjunction but. Sometimes it’s the best option. There’s really no formal rule against it. But students often make the mistake of doing it too often, which makes for some jumpy, monotonous writing. So, a writing coach may ask students to avoid opening with and and but because “Don’t start sentences with conjunctions” is a training wheels rule. We need to be convinced a student is aware of the “rule,” has examined the alternatives, and then conscientiously chooses to break it.

If you are a novice writer, I recommend you keep the training wheels on. Consider basic writing rules sacred until you know them so well that you can, like experienced writers, choose to break them intentionally.

Below are a few standard “rules” that are regularly broken by the pros:

As long as you are a rookie writer, abide by these and other rules as though they were engraved in stone. In time, you’ll be ready to take the training wheels off and make your own rules.

Elements of Style Rap
The Heroic Journey, Part 19: The Point of No Return