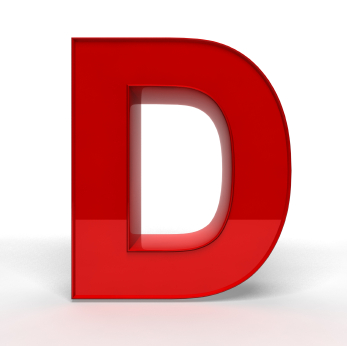 Continuing our tour of often-confused spelling words, A.K.A., homophones: This week, we’ll address problem words that start with “d.”

The n-less version is the structure that prevents water from flowing. The latter word is often used profanely, but has a legitimate meaning also — to curse or to consign to eternal punishment.

There’s far less confusion about these two than you would imagine, probably because they are both such common words. Deer is the forest animal beloved by Disney fans and hunters alike. All other uses — as a greeting in correspondence (Dear John), an adjective meaning costly or precious (my dear friend), or a term of endearment (Yes, Dear, I’ll take out the trash.) — require the spelling dear.

I don’t know about you, but I still have to pause and think about this one every time. The truth is, desert and dessert are not technically homophones; they have distinct pronunciations, except when you use desert as the verb meaning to abandon. They are similar enough and confused enough, however, for me to include them in the list. Desert (one “s”) is the remote and arid place, usually associated with sand and cacti. When you add the additional “s,” the accent shifts to the second syllable and we are talking about the yummy conclusion to a meal.

It’s good to remember that it’s this third version, due, that is meant in most idiomatic expressions:  in due course, give the devil his due, credit where credit is due, due to something, with all due respect.

There are some exceptions where the expression needs do: do unto others, do me wrong, do-gooder.

More and more, mostly due to general confusion on the matter, these spellings are used interchangeably. Still, there is a technical difference. All optical discs, like CDs, are spelled with a “c.” That goes for medical terms too, like spinal discs and flat, round objects in general (A Frisbee is a trademarked flying disc). The spelling with a “k” is an Americanism and only refers to magnetic computer storage: hard disk, floppy disk, diskette, disk drive.

Generally, you’re safe if you stick to the “c” spelling.

Even really smart people mess this one up. Discreet is the more common word, and it’s what we mean when we say someone is being prudent, subtle, or circumspect: Don’t be so obvious about your feelings for him; it is wiser to be discreet.

A doe is a deer. A female deer.

I’m sorry. I did that on purpose. And now you can’t get Julie Andrews our of your head.

Dough is the sticky stuff that becomes bread when you bake it. It’s also the slang term for money.

Oh, and if you want the interjection made famous by Homer Simpson, that’s a different word altogether: Doh!

Americans almost always use the first spelling: draft. In fact, most dictionaries now recognize draft as an alternate spelling for draught. But they have not always been interchangeable. The Oxford Dictionaries Online still warn people not to confuse them.

Traditionally, draft only meant a version of a piece of writing, or, as a verb, to create a plan or composition: I drafted two letters, which draft do you like? Draught, on the other hand meant a gust of air (Do you feel a draught?), a big gulp of something (He downed it in one draught), or a drink taken from a keg rather than a can or bottle (I like draught beer).

Both words come from the same root: duo, meaning two. Dual is an adjective meaning made up of two parts. A duel is a battle between two opponents.

Okay, few people confuse duct (a shaft or vent) and ducked (past tense of the verb, duck). But I mention it here because people so often mistake that universally useful item, duct tape, for duck tape. That stuff was originally made for repairing ducts, not, as far I  can tell, for repairing ducks. Of course, one company took advantage of the confusion and created a brand of duct tape they call Duck Tape. Thanks a lot!

If you haven’t read my previous posts on troublesome homophones, here are links to the other posts, organized alphabetically:

Hey, there’s much more to learning to write than avoiding misspellings. If you would like help in developing as a well-rounded writer, you should check out the amazing and effective writing courses offered by WriteAtHome.com. Why not click and visit right now?