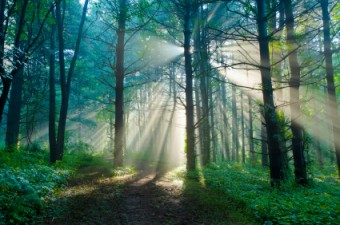 Stage One: The First Ten Percent

We see the Hero in the World of the Common Day from which he is summoned via a Call to Adventure from a Herald to the threshold of adventure and eventual departure into the Magical World. He refuses the Call at first, then finally accepts, prepares for the Journey, and encounters a Threshold Guardian, who warns him to turn back. The Hero then enters the Mythological Woods.

Don’t worry; we’ll unpack all those terms as we go. Just remember this: by the time you are ten percent into your story, the Hero should be plunged into a strange new world (what we’ll call the Mythological Woods).

What you want to do here is show the Hero’s life before the Call to Adventure gets the story underway. You need to introduce the Hero to the reader and – most importantly – get the reader to emotionally identify with the Hero. We’ve covered what makes Heroes appealing for readers. You’ll show the Hero’s proficiency at what he does, or his talent, or his wound, or his cleverness or resourcefulness.

Don’t overdo this introduction; show some of the Hero’s qualities and let others come out later. Don’t pack in so much that it sounds contrived.
In this early phase, you’ll also put the Hero in some difficulty. As mega-selling novelist Dean Koontz says, “ninety-nine out of one hundred new writers make the same mistake in the opening pages of their books, and it is one of the worst errors they could possibly commit: they do not begin their novels by plunging their Hero or Heroine into terrible trouble.… if you fail to interest and entertain the reader right from the start, you will surely lose him long before the end of the first chapter.”

And bear in mind that the reader can’t see what’s in your mind about the world you’re presenting. Sharp details, two or three, really bring a scene into focus. Take the time you need for this, don’t rush it. Don’t dawdle, we’re not Thomas Hardy or even John Steinbeck setting scenes in exhaustively exquisite detail, but the reader does need to see everything that’s important.

Think of Mr. Incredible working at the insurance firm, or Remy the rat shivering, nearly drowned, separated from his family at the beginning of Ratatouille. Think of Bolt outside of his trailer and in a world he doesn’t understand.

Above all, you must present your Hero as a likeable character in terrible trouble. Next will come the Call to Adventure, when the story really kicks off.