The Heroic Journey 11: Finding the Premise 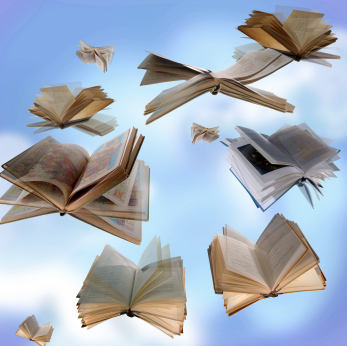 This article, and others in the series, is by author and former WriteAtHome writing coach, David Sims. Thanks, David, for sharing your advice for aspiring novelists!

Let’s say we want to write about Milt, teacher who’s burned out on his job and wants to rediscover his passion. He quits his job, buys a camper, and starts driving across America.

In Tennessee, Milt meets a poor, old lady who’s about to lose her house to developers because she can’t afford a lawyer to fight it, even though she knows the developer’s lying about the title deeds. He spends two months researching the law for her, and saves her house from the bulldozers.

She introduces him to her beautiful niece, Sandy, and she and Milt move to California, so she can finish her Master’s degree. He realizes she’ll never commit to him, and one night, shivering on the docks of San Francisco, he impulsively sells the camper and signs on with a fishing boat.

The boat is lost in a storm one night, and Milt is in the water for three hours before he’s pulled aboard a Japanese whaling vessel. The brother of the ship’s captain is opening an English-language school catering to the high-powered executive trade and hires Milt to teach there. Six months later, Milt meets a multimillionaire who hires him to run a bicycle repair shop he’s opening in Osaka, but which really is a front for a money-laundering scheme…

What’s going on here? There’s a lot of action, adventure, interesting characters and settings, no doubt snappy dialogue and loads of conflict, but no reason for it all. No premise. No unifying theme.

How do you avoid this aimless wandering from event to event? Start with a character or situation that really grabs you.  Or start with a goal you think would be funny, exciting or otherwise interesting and create a Hero to fit the circumstances. Discover the Hero’s deep, passionate values and how they conflict with the world, and a premise will surely emerge.

Story consultant Robert McKee says a premise, which he calls the controlling idea, is “rarely a closed statement. More likely, it’s an open-ended question: What would happen if…? Starting with a character or situation which excites you enough to get you going is an excellent place to start a Hero’s Journey story.

After you know what your story is and what it’s about, which will take some actual writing, boil down to one word what the story is about — love, honor, trust, duty, fidelity, happiness, friendship — pick one. You want to give birth to and raise just one baby in a novel.

Now write a sentence showing what you believe about that quality – “Love is a trap leading to betrayal,” or “Love is all that’s needed to achieve inner peace.” What you pick is what your story’s situations, conflicts and characters will exist – or not exist – to prove.

Congratulations! You now know what you’re writing and why you’re writing it. You know what the novel will show to be true. You know that when the reader is finished with your book, he’ll see that given the believable characters and credible situations and conflicts presented in the novel, love was a trap leading to the Hero’s betrayal, or was what the Hero needed to find to achieve inner peace.

Myth Buster: Never Start a Sentence with Because
Writing Prompt: Describing A Face in the Crowd

Two Vital Considerations for Every Writing Project: Audience and Purpose