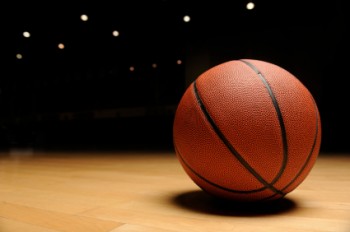 It’s time for March Madness to begin (that’s the NCAA basketball tournament for you non-sporty types), so I thought I’d talk a bit about how this sport has influenced everyday speech here in the U.S..

I did the same for baseball some months ago, and perhaps it won’t surprise you, but basketball’s contributions to common parlance are far less significant than that of America’s pastime. I’m not just saying this because I prefer baseball to basketball. It’s just true that for whatever reason, basketball idioms have not caught on quite so readily as baseball idioms.

A slam dunk is a hard shot to miss in basketball, so the expression is used for sure-thing opportunities, something easily accomplished.

the basket and ball

Basketball is a simple game — a ball and two baskets. We all know the story of the original game that used actual peach baskets as goals. Later, they figured out that it was easier to remove the bottom of the basket. What I enjoy are the varied and colorful synonyms that have emerged for basket: net, goal, hoop, bucket, hole, and can, to name a few.

Without taking time to define them, these are some of my favorite basketball terms:

One final word. I know it’s a hopeless cause, but Let’s Go ‘Hoos!

The Heroic Journey 12: What Shrek Can Teach Us About Story Telling
Writing Prompt: Triumph or Defeat