Search
Home / Blog / Myth Buster: Never Start a Sentence with “And” or “But”

Myth Buster: Never Start a Sentence with “And” or “But” 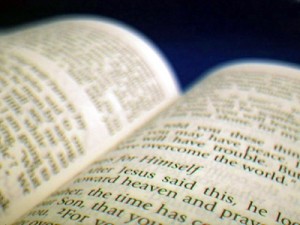 I did a video post on this some time ago, but a reply to an article I recently shared on Facebook got me thinking. One of our faithful fans wrote:

When I was in school, beginning a sentence with a conjunction was a big no-no!

I don’t know when she went to school, but this was also true for me going to school in the late 70s to early 80s. But let me be clear: This isn’t a rule that has suddenly changed in recent decades. It was never really a rule! At least not a rule respectable writers, editors, and publishers followed.

If I had time, I could produce lots of evidence to support this assertion, but I think it suffices that God agrees with me. Okay, maybe that’s exaggerating a bit, but certainly the Bible gives numerous examples of sentences that begin with and and but:

But it shall not be so among you. But whoever would be great among you must be your servant… Mark 10:43

But if God so clothes the grass of the field, which today is alive and tomorrow is thrown into the oven, will he not much more clothe you, O you of little faith? Matt 6:30

This is just a quick handful; there are literally hundreds of examples to choose from.

Of course, this is a 20th Century translation (ESV). What about earlier versions? Maybe these verses just reflect a change in grammar standards. Check out the King James Version, published in 1611. I won’t post the whole passage, but read for yourself the very first chapter — Genesis 1. By my calculations, the only sentence that doesn’t begin with and in that chapter is the first one: “In the beginning, God created the heavens and the earth…” The next 32 sentences all begin with and!

That’s enough evidence for me. I sure wish I had known this back when I was in school. When a teacher corrected me for starting a sentence with and, I could have said, “So, you are saying the Bible is grammatically incorrect?”

In case you haven’t seen it, here’s the video I did last year: