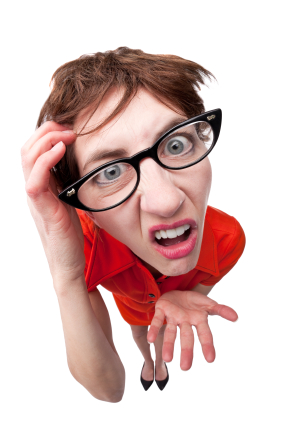 A friend sent me a link to this poem recently, and I just had to share it. Some of it is well-worn (Who hasn’t heard the old “park on a driveway and drive on a parkway” line?), but much of it is quite clever and original (to me, anyway).

What I like best is the tone it conveys.

People complain too much about English:  “The rules are too complicated and arbitrary. There are too many exceptions. It’s non-intuitive and sometimes makes no sense.”

Others scoff and look down their noses at those of us who get it wrong at times.

I say we quit all this whining. Sure, English is stupid, but it’s also wonderful. The unpredictability and rules-resistance of our language is what makes it fun. It’s a little crazy. It’s random and flexible and ever-shifting. Why would you want it any other way?

Let’s Face It: English Is a Stupid Language

We sometimes take English for granted, but if we examine its paradoxes we find that:
Quicksand takes you down slowly,
Boxing rings are square,
And a guinea pig is neither from Guinea nor is it a pig.

If writers write, how come fingers don’t fing?
If the plural of tooth is teeth,
Shouldn’t the plural of phone booth be phone beeth?
If the teacher taught,
Why hasn’t the preacher praught?

If a vegetarian eats vegetables,
What the heck does a humanitarian eat?
Why do people recite at a play,
Yet play at a recital?
Park on driveways and
Drive on parkways?
How can the weather be as hot as hell on one day
And as cold as hell on another?

You have to marvel at the unique lunacy of a language where a house can burn up as it burns down,
And in which you fill in a form
By filling it out
And a bell is only heard once it goes!

English was invented by people, not computers,
And it reflects the creativity of the human race
(Which of course isn’t a race at all.)

I wish I could find the name of the author. If anyone knows, fill me in and I’ll give him/her credit. The website where I found it is here.