Search
Home / Blog / If You Can Talk, You Can Write

If You Can Talk, You Can Write 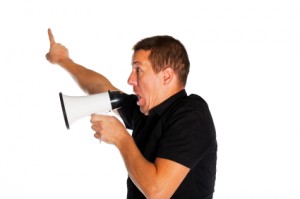 To my writing classes I used to open by saying that anybody who could talk could also write. Having cheered them up with this easy-to-grasp ladder, I then replaced it with a huge and loathsome snake: “How many people in this class, would you say, can talk? I mean really talk?”

There was more to the quote about finding one’s own voice as a writer, but I found this first part thought-provoking. How many people do I know that can “really talk?” Not many, frankly. In fact, what I realized is how little I value the gift of speech. I hardly notice how my friends speak.

Oh, there are public speakers I admire for their intelligence and eloquence.  But more often, I am appalled at the middling command of English demonstrated by those whose job is to speak to the public. Talk radio and television hosts, who have somehow attracted millions of listeners and viewers, are often miserably poor at — of all things — talking.

Oh, I’m quick to overlook the occasional flub. It’s only fair to hold unscripted speech to a lower standard. Anyone can slip into cliche, mixed metaphor, redundancy, tautology, malapropism, or logorrhea. But there are professional talkers who can hardly utter a sentence without some such linguistic misdemeanor.

My conclusion is that, as a culture, we have ceased to appropriately value eloquence.

For evidence, look no further than the endless debates by Republican contenders for the party’s presidential nomination. I’m not a Gingrich fan generally, but at least he demonstrates some adeptness with the language. The rest, when they are not embarrassing themselves, sound, at best, like they are reciting from a script.

There is a British Minister to the European Parliament (MEP) named Daniel Hannan whom I admire — not only for his common sense conservatism, but mostly for his stunning command of spoken English. The example in the video below is somewhat dated (March, 2009), but it is my favorite. Notice that he speaks extemporaneously.

Now that’s a man who can speak.

Do you agree? Should we pay more attention to how we speak to one another? In general, should we care more about how we use English in ordinary conversation? Is this something to be concerned about at all?

Is “Xmas” Just Christmas without Christ?
The Heroic Journey 2: The Journey

To Me the Words Are Nice the Way They Sound