Description Is Different from Narration 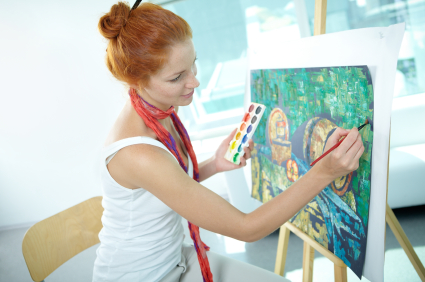 I’ve recently posted several ideas for descriptive writing assignments.  Learning to write vivid description is important for any writer. In real-world writing, description is an important part of story-telling, exposition, and even persuasive writing. It’s not common to read anything that seeks only to describe, but we find it is helpful to have students work exclusively on their describing skills because it is such a vital part of writing in general.

Students, however, often have difficulty limiting their purpose to description. We commonly observe students telling stories when they have been asked to simply describe. The story-telling instinct is so strong that they can hardly resist the urge to narrate — fall into it subconsciously. Keeping a descriptive paper descriptive — without slipping into narrative — can be a challenge to many students.

It will help to clearly define what we mean by both narrative and descriptive papers.

Narrative: A paper written with a narrative purpose tells a story. A story has characters and a plot. Events occur in chronological order. In a complete story, a problem of some kind is presented, and events unfold that lead to the solution to that problem.

If it were as simple as this, we wouldn’t have a problem, but two factors make it difficult to keep narration and description distinct.

First, narratives almost always contain passages that are descriptive. It’s hard to tell a decent story without describing characters, setting, and objects. Good storytellers weave description into their tales. Description is an important part of narrative writing. This makes writing a paper that is purely descriptive a bit awkward. We are used to seeing description as merely a part of a story.

Second, descriptive passages can contain elements of narratives.  In other words, a description can involve characters. The characters themselves may be described or may appear in a scene that is being described. Good description often also involves action. We’ve said that description is like a photograph, but description doesn’t have to be motionless like a photograph. Many scenes that can be described include meaningful action: clowns juggling at a circus, waves crashing on a rocky coastline, or a pit crew feverishly making adjustments to a race car. Movement is appropriate for many kinds of description.

And the answer is: It’s a matter of overall purpose.  In a narrative, your purpose is to relate the events of a story. In a description, your purpose is make a person, place or thing seem real and alive to the reader.

With this in mind, see if you can identify which of the following examples is narrative and which is descriptive:

A.       Frog visited Toad late in the afternoon, after rising comfortably late and enjoying the newspaper with his buttered toast and coffee. They agreed that the weather was too fine to remain indoors; so, they packed some binoculars, a blanket, and a generous lunch, and headed out for a bird-watching picnic. Along they way they chased butterflies and tried to remember the words to old songs.

B.       The sun, dimmed by filmy clouds, radiated a soft, golden light on the meadow. The surrounding trees formed an almost perfect circle, as though arranged by a meticulous engineer. Buttercups and dandelions dotted the long green grass, and tiny wings rose and fell in every direction. From the shadow of the trees came the heavy thump of hooves on soft earth. Then the knight emerged in radiant silver, astride a glistening black steed.

I hope it was obvious. Paragraph A focuses on the events of an unfolding story. It is narrative. Paragraph B, though it involves some action, is primarily descriptive, intending to make the meadow scene vivid and real.

As you write descriptively, restrain the story-teller inside your head. Don’t be afraid to paint a dynamic scene with characters who act and objects that move, but concentrate on the job of description — to help the reader see, hear, and feel what you are describing.

Toss Useless Prepositions
Brother, Can You Spare a Comment?