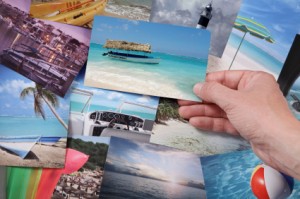 In an earlier post, I talked about the importance of providing positive feedback on student papers. I have always found it strange that the traditional paradigm for “correcting” student writing is to identify (in red ink) only the errors that a student makes. Most of us, in fact, believe that a writing teacher’s primary task is spotting mistakes.

Even those who accept that there is a place for praising student work tend to see only the psychological benefits. It’s true, of course, that a student who feels good about his writing will tend to exert more effort and show more interest in improving his skills. But that’s not the only reason that positive feedback is a good idea. It’s also a pedagogically sound strategy (that means it’s just good teaching).

I recently heard an excellent illustration of this from Annie Dougherty — a teacher in Alaska who was instrumental in setting up my recent trip there. Annie attended several of my workshops and in one shared her own experience of writing. I hope she doesn’t mind my sharing it here. Annie said that she had not considered herself a good writer after high school because most of her papers were returned with lots of criticism. Later, however, during a long overseas trip, she sent frequent postcards home.

Upon her return, Annie heard nothing but praise for her writing on the postcards. Her family and friends were struck by her way with words and told her so. This was the first time she had ever been told she was a good writer. The next opportunity she had to write something, she thought about how she had composed those emails. She tried to reproduce whatever it was that struck a chord with her readers. And to this day, nothing has been more helpful in her writing.

I wonder how common Annie’s story is. How many writers out there despaired of writing well after years of typical schoolteacher critiques until someone turned things around by pointing out their strengths?

It makes sense, doesn’t it? Isn’t it just as instructive to have someone point out what we’ve done well  as to spot the things we’ve done poorly? Some things we should avoid, but aren’t there other things we should keep doing? Students who write well, even only modestly well, often do so unconsciously. Pointing these things out may help them consciously learn principles that they can apply to future writing.

So, if you work with young or novice writers, do them the favor of praising their successes at least as often as you correct their failures.

10 Things We Believe about Teaching Writing

Why You Worry about Teaching Writing (and How to Stop Worrying)