Search
Home / Blog / The Wonder of Reading and Writing

The Wonder of Reading and Writing 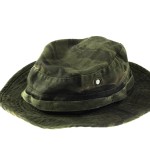 Here’s a simple, unavoidable truth: writing is hard work. If you’ve ever complained that writing doesn’t come naturally to you, we’ve got news: Writing doesn’t come naturally to anyone. Sure, some people are more naturally gifted than others. Some are willing to work harder. Many people even enjoy writing, but just about everyone finds it difficult. This is not surprising if we stop to consider what complex tasks reading and writing are. Literacy is so taken for granted in our country that we too often overlook how amazing it is that we can read and write.

Think about it. Take the most basic element of language — the word. Then take the most basic kind of word — the noun. You probably already know that a noun is the name of a person, place, thing, or idea, but have you ever really thought about what that means? What, after all, is a name? Basically, it’s a certain combination of sounds that represents a physical object or idea.

Let’s take an example. In English, it is accepted that the object pictured above is called a hat.

This is a word composed of three sounds: h, a, t. Think about what happens when we hear this sound combination — this name. It instantly brings to mind the image of a hat. This happens so efficiently in our brains that most of us have a difficult time telling the difference between a thing and its name. Nevertheless, the brain has to rapidly execute an impressive sequence of steps to get from a combination of three sounds: hat, to a tangible article of clothing worn upon the head. An object becomes an idea, which becomes a series of sounds called a word.

Our brains have quite easily learned to make these amazing leaps from lines to sounds to meaning. We call it reading. Our astounding brains can scan hundreds of these lines in seconds. And we’ve only been talking about the simplest kind of word — the concrete noun. Our minds quickly absorb complete thoughts involving many words that perform far more complicated functions: pronouns, verbs, articles, prepositions, and so on. And we haven’t even talked about the fact that letters can represent several different sounds and that our brains can easily differentiate based on context and familiarity. My friend, the act you are performing right now — reading — is an absolute marvel of human brain capacity. (Pause here to reflect on your own stunning intelligence!)

Writing, then, is the reverse of the extraordinary reading process — taking thoughts, transforming them into words which are made up of combinations of sounds, and then representing them by a series of lines upon a page. Some educational theorists refer to writing and reading by the terms coding and decoding to convey this idea of transforming thought to sound to symbol and back again.

So don’t be surprised if writing is a chore for you. Reading and writing are astonishingly complex processes that most of us take for granted. You ought to be quite proud (and amazed) that you can read these very words. In fact, I am rather proud to have been able to write them!

29 Ways To Stay Creative
The Oatmeal Explains i.e. and e.g. Like No One Else