Search
Home / Blog / Waiting for the Other Shoe to Drop 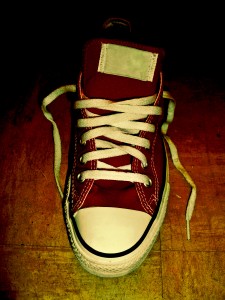 We all use idioms, but most of us never think very hard about where they come from. An idiom, by the way, is a word, phrase, or  expression that carries meaning separate from the literal meaning of the words. Idioms are figurative and commonly understood. Idioms cause particular confusion with language learners, including children.

“Waiting for the other shoe to drop” is an example. No reason to start with this one really except that I just overheard my daughter running around the house looking for a single lost shoe, and it came to mind.

You probably know what’s meant when someone uses this expression. It means that something has happened and another event is expected. Usually, we mean something negative or foreboding. I might say, for example, “The boss announced on Monday that revenue is way down and that layoffs in our department are inevitable. Now we’re all waiting for the other shoe to drop.”

As with most idioms, the origins are a bit hazy, but the consensus is that the expression comes from an old joke that might have been part of a Vaudeville routine: “A man comes home late to his room in a crowded boarding house. As he gets ready for bed, he removes and drops a shoe with a thump on the floor. Remembering that his downstairs neighbor often complains of late-night noise, he takes off the other shoe and places it gently on the floor. After he settles under the covers, an irritated voice from the room below shouts, “When are you going to drop the other shoe?”

Let’s Get It Started!
Teaching Is All about Loving Kids