As a guy who offers services to homeschoolers, I spend lots of weekends in the spring and summer at homeschool conventions. 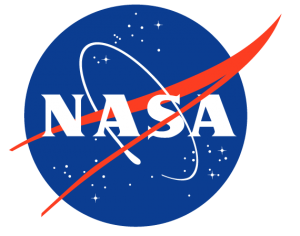 Two of my favorites are the ones in Virginia and Illinois. The volunteers who run those shows are particularly friendly toward speakers like me. I feel like a VIP when I go there.

The organizations that sponsor these events are the Home Educators Association of Virginia and Illinois Christian Home Educators. Like most organizations, they go by their initials: HEAV and ICHE. The leaders of both groups speak of themselves by the initials (AYTCH-EE-AY-VEE and EYE-SEE-AYTCH-EE). They fervently (and understandably) discourage thinking of their initials as an acronym (HEAVE and ITCHY).

As hard as they try, however, ordinary folks tend to speak of them as heave and itchy. Go ahead and giggle.

Strictly speaking, there is a difference between an abbreviation and an acronym. Both are made from the initial letters of the words that make up the title, but an acronym is pronounced as a single word. Thus, FBI and USA are abbreviations and NASA and SCOTUS are acronyms. The board members of HEAV and ICHE insist that their names are abbreviations, while the rest of us see them as acronyms (acronyms that evoke either unpleasant images, juvenile amusement, or both).

Most people don’t bother with this distinction, by the way. People tend to use acronym more broadly, applying it to simple abbreviations like CIA or HBO. In fact, still others consider an acronym to be a type of abbreviation and refer to abbreviations that are not pronounced as a word initialisms.

So, it’s a bit muddy. I like the idea of using acronym to mean abbreviations that are pronounced as a word. I’ll stick to that. You can do what you like. 🙂

Did you know that the Patriot Act is an acronym? Some refer to it as a backronym–meaning the abbreviation was chosen first, and the words created later to fit the acronym. The full name of the Patriot Act, signed into law by George W. Bush in 2001, is the USA PATRIOT Act. It stands for “Uniting and Strengthening America by Providing Appropriate Tools Required to Intercept and Obstruct Terrorism Act of 2001.” Sheesh.

Please leave your comments below. Bloggers love comments. Just not spammy ones created by robots.

Three Ways to Get Our “Ways To Say” Posters
A Lot or Alot? If You Can’t Remember, It Doesn’t Mean You’re Dumb