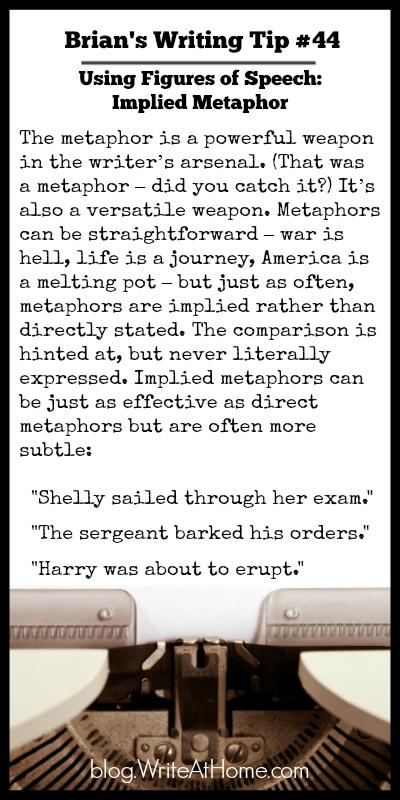 The metaphor is a powerful weapon in the writer’s arsenal. (That was a metaphor – did you catch it?) It’s also a versatile weapon. Metaphors can be straightforward – war is hell, life is a journey, America is a melting pot – but just as often, metaphors are implied rather than directly stated. The comparison is hinted at, but never literally expressed. Implied metaphors can be just as effective as direct metaphors but are often more subtle: