Search
Home / Blog / How Not To Argue: Begging the Question 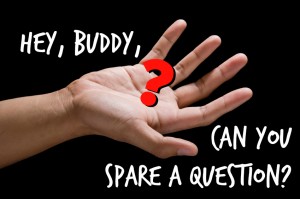 This is an installment in an ongoing series called How Not To Argue, where I address some of the more common logical fallacies used in written and verbal argumentation. For links to the other posts, visit our Resource Library and look under Logic and Argumentation. As of the publication of this article, I have covered Bulverism, Non Sequitur, and Tu Quoque.

The concept of begging the question is confusing to many. Much of the confusion stems from the regular misuse of the term by the media and various publications. Begging the question is a particular logical fallacy in which the conclusion is already assumed in the argument itself. Yet it is common to hear sentences like, “The politician’s suddenly large bank account balance begs the question: has the Senator been taking bribes?”

What the writer means here is raises the question or invites the question, at least if he or she is interested in adhering to the traditional understanding of the phrase. This use of begs the question is so common that it is difficult to insist that it is in any way wrong, but I recommend reserving the phrase for its more particular meaning in the area of logic.

Begging the question is a kind of circular reasoning and is known by the Latin term petitio principii, which means “assuming the initial point,” It occurs when an arguer intentionally or unwittingly assumes as true the point he is trying to prove. A classic example is this argument for the existence of God:

Q. How do you know God is real?

A. Because the Bible tells us he is real.

Q. But how do you know what the Bible says is true?

A. Because God inspired it!

You can see how this argument is circular, right? It could keep going forever. It may even seem silly to you, but you’d be amazed at how often arguments are carried out this way. Here are some other examples of begging the question.

*Shakespeare is the greatest English writer because he wrote better than anyone else.

*Don’t vote for that candidate because he can’t win — nobody is going to vote for him.

*I suspect he’s lying. He seems to be a dishonest sort of person.

What makes begging the question sometimes difficult to recognize is that it’s not always as apparent as in these examples. Writers often couch their question begging in flowery language or hide it among unrelated details. Sometimes it takes a little work to figure out that the argument, as nice as it sounds, is actually just begging the question:

“To allow every man an unbounded freedom of speech must always be, on the whole, advantageous to the State, for it is highly conducive to the interests of the community that each individual should enjoy a liberty perfectly unlimited of expressing his sentiments.”

“Free trade will be good for this country. The reason is patently clear. Isn’t it obvious that unrestricted commercial relations will bestow on all sections of this nation the benefits which result when there is an unimpeded flow of goods between countries?”

(Quoted from With Good Reason, by S. Morris Engel. As quoted by About.com: Begging the Question).

When making an argument, be clear about what it is you need to prove to your audience. Be wary of simply restating your premise in different terms (e.g., Burt is an excellent father because he does a wonderful job of raising his children). Conclusions must be arrived at through logically related premises–true statements that lead reasonably to an undeniably true final statement:

Good fathers give their children time, instruction, and affection.

Burt gives his children lots of time, instruction, and affection.

Therefore, Burt is a good father.

You don’t have to state your argument this formally, but you should be able to derive such a series of statements from your argument. You may say something as simple as, “Burt sure is a good father. He invests lots of time in his kids. He is always teaching them, and he obviously loves them dearly.”

Leave your comments below. It’s what all the cool people do.