Search
Home / Blog / What Is a Proper Adjective?

What Is a Proper Adjective? 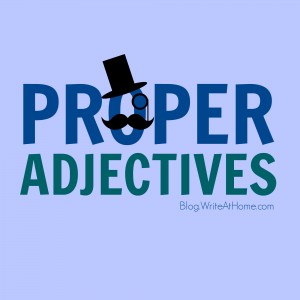 Academic linguists don’t recognize the label, but a proper adjective is an adjective derived from a proper noun, and is therefore capitalized like a proper noun. For example:

Some formerly proper adjectives become common over time as the use becomes broad and the connection to the original proper name grows more distant. The adjective quixotic, for example, was once capitalized because it derived from the fictional character, Don Quixote. That connection is no longer obvious to modern readers, and the word entered the lexicon as a common adjective.

The same is true for french fries, though there is some disagreement about that. Depending on the dictionary or style book you consult, food items with place names are sometimes capitalized and sometimes not: french fries, irish coffee, swiss cheese. The Chicago Manual of Style recommends keeping such adjectives lowercase because the connection to the place is no longer literal. Other sources recommend keeping the capitalization with some and not others: Swiss cheese, Irish coffee, but french fries.

The bad news is that authorities disagree about these things. The good news is that you can’t really be wrong. The important part is to be consistent. Personally, I like the Chicago recommendation. It’s the most consistent.

Common Adjectives That Were Once Proper

5 Tips for Creating Memorable Characters
The Parts of Speech 101