Search
Home / Blog / Is There Such a Thing as a Grammar Error?

Is There Such a Thing as a Grammar Error? 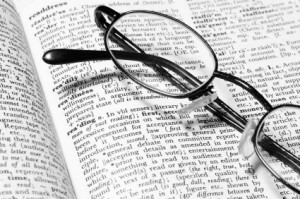 Believe it or not, there are a growing number of people who would argue that there is no such thing as a grammar error. They question statements like, “Subjects and verbs should always agree in number” or “Use I when it’s a subject and me when it’s an object.” Grammar, they argue, has no right or wrong. Usage is simply either common or uncommon.

Linguists in this camp call themselves descriptivists, and they predominate in colleges and universities today. The more traditional approach to grammar, which considers usage in most cases either correct or incorrect, is known as prescriptivism. And among linguistic scholars, the battle is quite heated, though it seems clear — at least for now — that descriptivism is winning the day.

Descriptivists believe that the role of linguists is not to determine correct grammatical usage, but to simply observe (and describe) the way people actually use language. The field of linguistics, they argue, should limit itself to simple observation and analysis and ought not include subjective criticism or judgment.

Prescriptivists believe that standards of grammar are necessary and appropriate and that the role of academic linguists and teachers of English should include prescribing grammatical guidelines.

Most adults today have been brought up to think of grammar in prescriptive terms. We talk of good and bad grammar, correct and incorrect usage, right and wrong English. In fact, most adults assume that clearly prescribed rules governing English exist. We are default prescriptivists, even though few of us are familiar with the term.

I had been a high school English teacher for more than a decade before I became familiar with this debate, and my first reaction was to come to the defense of traditional prescriptive grammar. The idea of abandoning “the rules” was a bit frightening. My feelings were intensified, of course, by the fact that much of my life had been given to learning, teaching, and insisting upon the rules of grammar. It was difficult to imagine that I had been wasting all that time.

But I can’t ignore the arguments for descriptivism. Descriptivists point out that, unlike many languages, English has no officially sanctioned, authoritative body to determine the correctness of grammar, spelling, and other linguistic conventions. French, on the other hand, has the  Académie française (French Academy), Mandarin Chinese the State Language and Letters Committee, and Spanish has the Asociación de Academias de la Lengua Española (Association of Academies of the Spanish Language). These organizations decide what is and isn’t correct usage for their given languages. Nothing of the kind has ever existed for English.

No single body decides what is considered good and bad English grammar. So, how is it that we make such confident assertions about grammar rules? English rules have been established over the centuries by dictionaries, style guides, textbooks, publishers, linguists, writers, editors, and educators. And while the areas of agreement among these informal authorities are broad, there is and has always been widespread disagreement over innumerable issues.

For decades, schoolkids who are told that “ain’t” isn’t a word” or “hey is for horses” or that “my buddy and me should be my buddy and I” have responded by asking, “Says who?” Oh, parents hate that. They hate it in part because it is often said in defiance and not out of genuine curiosity. But they also hate it because they don’t know the answer. Ask any grammar snob, “Why is it wrong to end a sentence with a preposition?” and she is likely to answer, “Because it just IS!”

And that’s the best they can do. Many grammar rules (or myths–like the ban on terminal prepositions) are just arbitrary rules created by obscure or anonymous and long-dead individuals. Many are simply based on nothing more than personal preference or some kind of social agenda. Some seemed to emerge out of nowhere.

The truth is, over time, English has always morphed, mutated, transformed, and evolved. No one says thee and thou anymore. Soon enough no one will say may or shall. Is any of that wrong? No. It just is.

So You’re a Descriptivist Now?

While I see the reasonableness of descriptivism and want to distance myself from the ever-irritating hardcore prescriptivists (A.K.A., grammar police, grammar grinches, grammar nazis, etc.), I just can’t help believing that some conception of correctness is good for the language. I think it’s okay to insist on certain rules as long as there’s good reason and you’re willing to yield to popular usage when the time comes.

Generally, I like the rather nebulous “system” we have. I don’t want an official Board of English Grammar telling us what’s right and wrong. I like that dictionary boards, editors, and scholars continually duke it out over spelling and neologisms (i.e., new words). I like that we look to textbooks and style guides that differ on any number of issues and can ultimately decide for ourselves which of these positions on peripherals works for us. The hub-bub over the serial comma is a perfect example.

And I like that all these authorities make their decisions primarily on the basis of popular usage. Once a word becomes used a certain way for long enough, a dictionary is bound to adopt it. If it sticks around, the rest will follow suit. Same goes for the rules of grammar, spelling, and the like. Consensus almost always comes in time.

This rather haphazard method of determining grammatical correctness strikes me as nicely democratic. Rules exist, but they are tenuous and malleable. Change happens, but this sloppy system tends to keep it slow and reassuringly gradual.

All that, I think, is good.

So, back to the original question. Is there such a thing as a grammar error? Yes. Sort of. Maybe. Depends.

Comments? Please leave them below. Especially if you think I’m nuts!

How To Point out Errors Without Being Obnoxious
Interesting Word for the Weekend: Skeuomorph