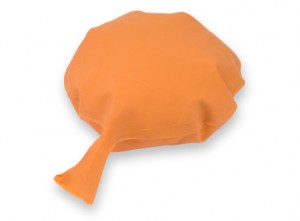 This post is not for everyone. Seriously. If you are offended by indiscreet bodily functions or the words that identify them, you should probably skip this article.  For the less squeamish–enjoy!

The topic of today’s post is the word fart.

I’m sure I just lost half my readers, but I can’t help it. I stumbled today upon the video below and found it fascinating, entertaining and cleverly-written. I also happen to know that the word fart has a long and interesting history; so I feel compelled to share it with a presumably reduced readership.

I recommend you begin with the video. It is an engaging look at the science of flatulence.

Some of my favorite lines:

Unfortunately, some of the other gaseous products of bacterial digestion are much less easy on the olfactory system.

And why does the bouquet of some airborne toxic events place them on the cusp of being classified as chemical weapons?

This means that partially digested foodstuffs then make their way into the colon where they can feed a large-barrel bacterial banquet with predictable odiferous effects.

But fart experts agree — there is no sure-fire way to prevent those Brussels sprouts sounding a bum note on Boxing Day.

I hope you can appreciate the classic British style here– clever, eloquent, understated. I laughed as I learned.

I have a friend who makes it clear that she cannot tolerate the word fart. Her children have been taught various euphemistic substitutes: puff, toot, poot, etc. I’ve often been amused at the arbitrariness of word preferences. I just don’t understand why toot is any less distasteful than fart. But there you have it.

The word fart has been around for centuries. It has Germanic origins, and is among the oldest common words in our language. According to Wikipedia, its earliest print appearance is in a song from about 1260. It’s a round called “Sumer Is Icumen In.” The modern translation includes the lines, “The cow lows after the calf./The bullock stirs, the stag farts,/Merrily sing, Cuckoo!” Apparently a tooting deer was thought to herald the arrival of spring.

Geoffrey Chaucer uses the word several times in his classic Canterbury Tales — in both “The Miller’s Tale” and “The Summoner’s Tale.” These are particularly crass tales, of course, but the word fart seems to have been considered less vulgar once upon a time.

Click to check out WriteAtHome.com!
For example, the word was included in the first dictionary — Samuel Johnson’s Dictionary of the English Language — with the simple definition “wind from behind.” He included some doggerel by renowned poets to illustrate both the noun and verb form of the word:

Love is the fart
Of every heart;
It pains a man when ’tis kept close;
And others doth offend, when ’tis let loose.

As when we a gun discharge,
Although the bore be ne’er so large,
Before the flame from muzzle burst,
Just at the breech it flashes first;
So from my lord his passion broke,
He farted first, and then he spoke.

The twentieth century was less receptive to the word in print, however. Ernest Hemingway permitted it to be removed by his editors, and Thomas Wolfe had the this phrase deleted from his highly acclaimed novel, Look Homeward Angel: “a fizzing and sulphuric fart.” Forgive me, but I chuckled as I wrote that.

The publishing world today seems more fart-friendly, at least for children’s books, oddly enough. It’s featured on both Good Families Don’t by Robert Munsch and The Gas We Pass by Shinta Cho. There’s even a series starring Walter the Farting Dog. Please do not interpret  my mention of these book as a recommendation.

And there you have it, the storied history of an undeniably concise onomatopoetic word.

I hope you found this article more interesting and amusing than vulgar and offensive. But I have my doubts.

Your comments are welcome. Even the scolding ones.