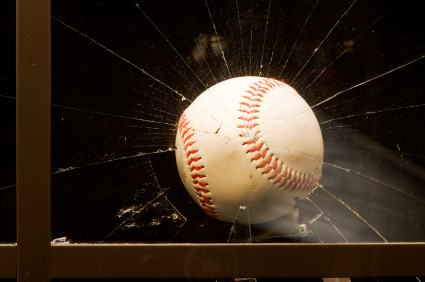 “By Accident” or “On Accident”?

I just received this email:

“My two adult daughters and my husband and I have been going round and round on this one for many years now. He and I have always said “by accident,” while my daughters and most of their age group tend to say “on accident.” I know this is incorrect, because it just is, but what’s the official word on this usage? Is it just a generational thing? Thanks for any insight.” ~Ramona

Good question, and one I hadn’t thought of. If I can use my grammatical powers to restore harmony to a divided family, well, it’s all been worthwhile, right?

I started my research with a Google n-gram search. I’ve done this before — it shows you the frequency of words and word groups in publications going back to 1900 or earlier. Here’s what that turned up:

It seems to support Ramona’s claim that “by accident” is correct. “On accident” is found in publication only rarely and that is consistent throughout the century. This suggests its use is anomalous. It’s a little interesting that the use of “by accident” has been in steady decline. If we saw a simultaneous rise in the use of “on accident,” I’d say it was meaningful to our discussion. As we don’t see anything like that, I’ll assume it just means people don’t like writing “by accident” as much as they used to.

But before Ramona starts an end zone celebration, I need to make a few points. First, what gets published and how people actually speak are two different things. Another interesting stop in my research journey was at the Grammar Girl’s website. She addressed this same question back in 2007. She cites a study on this topic by Leslie Barratt, a professor of linguistics at Indiana State University ¹.

What this study showed is that people born before 1970 consistently use “by accident,” while younger people tend to prefer “on accident.” This seems consistent with the situation in Ramona’s family. The study also shows that older folks not only say “by accident,” but are more inclined to insist on its correctness. Younger folks surveyed were more inclined to accept either expression.

So, although published works don’t reflect it, spoken use and popular acceptance of “on accident” has been on the rise since about 1970. Publishers might insist on “by accident,” but conversational use of “on accident” is a growing trend. Hm.

No one has any idea why the change began in the 70s, but there are some theories behind the change.

One is that “an accident” is commonly heard, and young people might find it easy to simply alter the initial vowel to “on accident.” That seems unlikely to me.

My favorite theory — which I read both on Grammar Girl’s blog and elsewhere — is that young speakers tend to say “on accident” in opposition to “on purpose.” As in:

Bobby: You hit me on purpose!

Tommy: No, it was on accident!

That works for me. Still, if that accounts for the switch, the question then becomes: why doesn’t this get corrected over time? If the standard idiom is “by accident,” wouldn’t children pick up on this eventually like they do with other, similar speech errors? They soon enough learn that “I eated it” should be “I ate it” and “foots” is actually “feet.”

I suggest the reason is simply that people in general don’t care much about the “in/on purpose” distinction, and don’t bother correcting it. It’s an idiom after all. The standardized acceptance of “by accident” isn’t rooted in logic so much as custom. The idiomatic use of prepositions seems arbitrary in many situations. Do you stand “in line” or “on line”? Why is someone “in bed” and not “on bed”? Why “under water” rather than “within water”? Why do we get “on an airplane” rather than “in” one?

The answer to all these questions is because that’s the way we say it. This is similar to my favorite line from Ramona’s email, “I know this is incorrect, because it just is.” That’s idiom for you. It doesn’t have to make sense. It just is. The problem is, this places idioms on shaky ground when we talk about “correctness.” What happens when the way people say things changes? That seems to be happening with “by/on accident.” At the very least, people are beginning to accept either expression.

1Let’s all stay calm and get along. I’m sure there’s no real turmoil in Ramona’s family over this. It’s likely just a friendly dispute over inconsequential matters. I enjoy this kind of discussion. It only concerns me when people (usually of my generation and older) start getting worked up over such things. Language changes over time. We’ve all got to deal with it. Some changes seem unnecessary and unhelpful (e.g., I like the distinction between can and may.). Others, well, who cares? “By accident” or “on accident” seems to be in the latter group.

I hope I’ve answered Ramona’s question. She and her husband are right in the sense that “by accident” has the longer history as an idiom and remains the preference of publishers. But their children are part of a generation that seems to be changing the idiom or at least introducing an acceptable alternative. It’s no more “wrong” to say “on accident” than it is to say “fail” or “lol.” Idioms are established by popular use and that seems to be changing — probably on accident.

Comments? We don’t need your stinkin’ comments. No, wait, actually, we do. We’d love your comments, stinkin’ or otherwise.