Words We Confuse That Spellcheckers Miss, Parts K and L 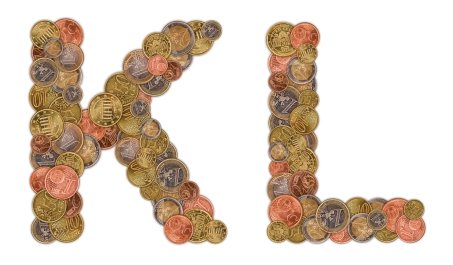 There was a kernel of truth in what the Colonel was saying.

Knave is the first of a series of silent-k homophones (I’ve always found the idea of a silent letter a bit oxymoronic). In the Middle Ages, it meant a servant or a man of low position in society. It eventually came to mean an unprincipled man — a scoundrel. A naveis an architectural term referring to the long aisle that leads from the entrance to the front of the altar.

The knave absconded with the offering plate right through the nave of the church.

Bakers knead dough. It’s when they work it into consistency by folding, pounding, and stretching it. The rest of us need dough. You know, in the money sense. Heck, you know what need means.

Knew is the past form of the verb to know. Young writers often mistype it as new, the common adjective. Sometimes it’s the common words that pose the most problems. Rarely does anyone confuse these two homophones with gnu, which is a stocky kind of antelope found in some parts of Africa. A gnu is also known as a wildebeest.

I never knew the zoo acquired a new gnu, did you?

Both of these common words have crazy spellings. That’s why we see the common (and often intentional) misspelling, nite. Just remember that if you mean the dude wearing shining armor and riding a bold stallion, you need the k.

The knight searched for the maiden throughout the night.

Knit is a verb that is probably familiar to your grandmother. Knitting is creating fabric by looping yarn with needles. It’s come to mean more than that, of course. It can mean to join closely together, as in a close-knit family. A nit, on the other hand, is the egg of a louse, usually found attached to hair or clothing fibers. Nit-picking, therefore, (not knit-picking) is literally the searching for and removing of lice eggs. A pleasant thought, huh?

My nit-picking aunt criticized the sweater that I knit her.

Everyone knows the difference here. They just don’t pay attention when they confuse these ultra-common words. If you are in the realm of ideas, learning, and information, you mean know. No is the negating word, popular with parents and three-year-olds everywhere.

I don’t know why I have no money.

Koi are the colorful fish — a type of carp — that look good in backyard ponds. Coy is an adjective meaning playfully, intentionally reserved, modest, or reluctant.

The coy young girl refused to meet the handsome prince by the koi pond.

Lager is beer aged for a certain time. A logger is someone who works with logs — a lumberjack.

After work, the logger enjoyed some lager. (That one was easy!)

Lain is the past participle of the verb lie. A past participle, FYI, is the form you’d use with has, have, or had: “You have lain around the house all day!” A lane, of course, is a narrow road, channel, or passage.

That forgotten bouquet has lain in the lane all week.

A rare quadruple homophone! To lase is to give off a beam of light, like a laser, or medically to cut something as with a laser. Lays is the present tense of the verb lay: “My husband lays bricks for a living.” Laze means to hang around idly; to be lazy: “You don’t have time to laze around, we’re going to be late!” And leis are the flowered necklaces or common in the Hawaiian Islands.

After receiving leis from the hotel staff, Aaron lays himself in a hammock, Sharon chooses to laze by the pool, and Karen visits the spa to have someone lase her facial hair. (That one was hard!)

Interestingly, lead is both a heterograph (with led) and a heteronym (see this post to learn the difference). Lead (pronounced led) is the heavy, soft metal. Led is the past tense of lead (pronounced leed). Weird, right?

Stan led the race until just before the finish, when his tired legs began to feel like lead.

A leak is the problem you call a plumber about. A leek is like a small onion.

The plumber who fixed our faucet leak smelled like garlic and leeks.

The more common word is lean, which means to incline or slant in a particular direction — literally or figuratively. It can also mean thin or malnourished. A lien is a legal word meaning a claim on another’s property to secure payment of a debt or other obligation.

I missed a few payments when my paychecks were lean, so the bank put a lien on my house.

Easy mistake here. Lessen is a verb meaning to make less or reduce, while a lesson is something taught.

Mrs. Gumphry, the conservationist, taught a lesson on how to lessen pollution in local rivers.

A levee is a kind of dam or embankment erected to keep river water from overflowing. To levy is to collect or impose a tax.

In order to pay for the rebuilding of the levee, town officials voted to levy a tax on property.

A liar is someone who tells lies. A lier is someone or something that lies, as in an ambush. A lyre is a stringed musical instrument. Of the three, lier is the least common.

Tom says he can play the lyre, but he’s known to be a liar.

Lie, confusingly, has two common definitions: to tell an untruth and to recline. Lye is a concentrated chemical substance that is highly alkaline. it used to be used in soap. Now it’s sometimes used in household cleaners and drain openers.

Sarah said she was shopping for lye, but that was a lie.

Lieu means place or stead. It is typically used in the expression in lieu of, which means in place of. Loo is a euphemism for the bathroom or toilet.

Campers often use trees in lieu of an actual loo.

Lightening is a form of the verb lighten, which means to make lighter. Without the e in the middle, the word is lightning, which is a bolt of electricity taking place during storms.

The sudden and surprisingly beautiful lightning had the effect of lightening our mood.

A lode is a collection or deposit of ore, usually in a vein. It can also refer less formally to a rich supply of something. Load is a common word. As a noun, it’s something carried or transported or the weight supported by a structure. As a verb it means to put on, in, or into. Lowed is the past tense of the verb low, which is another word for moo — the sound cattle make.

The miners loaded the carts coal from the valuable lode while the oxen lowed.

A loan is an amount borrowed. Lone is an adjective meaning single or alone.

If I give you this loan, you must be the lone recipient.

People mix these up so often, I may need to write a separate post about it. Loath is an old adjective meaning reluctant. To loathe means to hate.

Brought up in a loving home, Bill was loath to admit he loathed his neighbor.

This is rarely a problem, but loch is the Scottish word for lake. Thus Loch Ness means Ness Lake. Just don’t misspell it Lock Ness.

My Uncle MacGregor never locks his house when he goes fishing on the loch.

To loot is to rob, plunder, or carry away. As a noun, loot is simply the stuff that has been robbed, plundered, or carried away.  A lute is a stringed, musical instrument.

Still More Writers on Writing
Saying What You Mean