The Plural of Woman 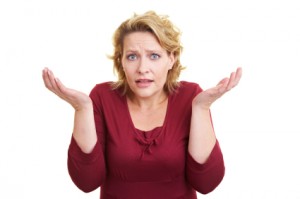 Man is one of those words that takes an unusual plural. The a becomes an e. One man becomes two men. And woman, conveniently, follows the same pattern: one woman, two women. Fine.

What’s weird is how we pronounce them. Man/men — obvious. But what about woman/women?

We pronounce the singular form wuhmən.

I told you women were messed up.

Leave a comment below. Unless you are an angry woman. 🙂