Search
Home / Blog / Words We Confuse that Spellcheckers Miss, Parts I and J 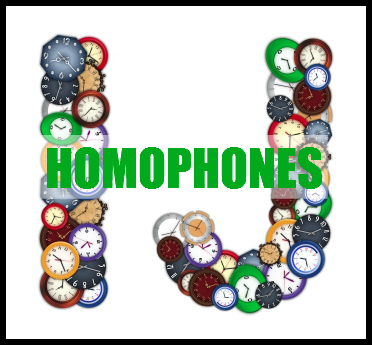 Continuing our alphabetic journey though homophones that wreak havoc on spellers…

The spelling of the first two are sometimes confused, but idyll is archaic and most people don’t even know it’s pronounced the same. Idle is an adjective meaning either without value (idle talk), not occupied (idle hands) or lazy. Idol is a noun and that means an object of devotion or worship. The rarely used idyll is a type of poetry, sometimes narrative and romantic, sometimes descriptive of simple, rustic life. The most famous example is Tennyson’s Idylls of the King.

As the idle employees chatted around the water cooler, Jane read an idyll by her literary idol, William Wordsworth.

Good SAT words here, but be careful; they are frequently confused. Immanent means indwelling, or inherent. Change the central vowel from an a to an i, however, and the word means close or ready to take place.

Grace and beauty are immanent in the princess, and her arrival is imminent.

Two more good SAT words that change dramatically by changing an a to an i. Impassable is just what it seems: unable to be passed, traveled, or crossed. A mountain or road may be impassable. Impassible, however, means incapable of suffering or feeling pain.

Oh, you know this one. Just remember that the place you can stay in has two n’s.

The guest is in the inn.

This is tricky because the definition as well as the spelling of these two words is similar. An incidence is a rate of occurrence. Incidents is the plural form of incident, which means an occurrence or happening. The way to remember them is that incidence is singular and incidents is plural.

The news channel reports a rising incidence of violent incidents in schools.

Incite is a verb meaning to stir up or provoke. Insight is a noun meaning the power to see into a situation or to discern the inner nature of a thing.

The managers’ lack of  insight into the labor dispute may incite a strike.

More good words with an a to i shift. An installation is simply something that has been installed or set in place. Sometimes it’s a reference to a military camp or base, but people can be installed too, so you might refer to the installation of a president or chief executive officer. Instillation is (not surprisingly) something that has been instilled. To instill is to impart gradually or drop by drop. You might instill a love of learning in a child.

The Grand Pooh-bah’s  installation ceremony is designed to promote the instillation of the organization’s values in its members.

Intense is an adjective meaning marked by zeal, passion, or extremeness. Intents is the plural form of the noun intent, which means purpose or intention.

It is not among my intents to come across as intense.

An islet is a small island. An eyelet is a hole designed to receive a string or cord. Shoe laces go through eyelets in your shoes.

The islet is small, but not small enough to fit through the eyelet of your boot.

No two English words are more often confused. Even people who know the difference mess this up with regularity. That includes yours truly. Here’s the rule again: Its (no apostrophe) is the possessive pronoun. It’s (with apostrophe) is the contraction for it is. The trick is to mentally replace the word with it is. If the sentence makes sense, you need the apostrophe. If not, delete the apostrophe.

It’s entertaining to watch a dog chase its tail.

Did you even know there was a difference? Jam has several definitions; it can mean fruit preserves or a blockage. As a verb, it can mean to clog up, to force, or to slam dunk. The version with the silent b at the end is simpler. It only refers to the side of a doorway.

If you jam pennies into a door jamb, the door jams shut.

We’re all familiar with the word jewel. It’s a precious stone or an ornament made from one. Joule is a physics term for a unit of energy. The term is named after physicist James P. Joule.

We love to get comments. Feel free to begin or join the conversation below.

Categories: Grammar and Usage Tags: homophones, its or it's

Grammar Question: Can “They” or “Their” Be Singular?
Start in the Middle: In Medias Res