Search
Home / Blog / 5 Ways to Use Math to Teach Writing

5 Ways to Use Math to Teach Writing 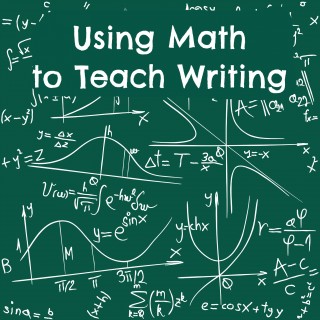 Today’s article is by veteran WriteAtHome writing coach Susan Lyttek. Susan is the author of the recently released thriller, Homeschooling Can Be Murder (A Talbott Family Mystery)

Over the years, I’ve helped many boys, including my own, learn to write. They, more often than girls, complain about grammar being illogical. Why don’t the rules stay the same? For instance, they learn to add ed to create past tense. Then they discover a bazillion exceptions. What genius decided that the past tense of “see” would sound and look like the tool they used to build a doghouse?

To ease their frustration and give them logical tools to build their writing on, I give them math.

1 The equal sign conjunctions. Correlative conjunctions like and and or require that items connected to them have equal weight or value. For instance, you shouldn’t say “I went to the store and seeing potatoes, buy them.” Neither the two verbs, (different tenses) nor the two phrases (prepositional vs. participial) match. You may say, however,  “I went to the store and bought some potatoes.” When both sides of a conjunction are equal, the sentence works.

2The zero value of appositives and parentheses. Just as zero added to or subtracted from a problem won’t change its worth, neither should an appositive or anything in parentheses. In the example above, I used parentheses twice. Removing their contents may reduce clarity, but does not change the basic meaning, or “value” of the sentence. If something a student has in parentheses cannot be removed, he should delete the marks and include the parenthetical information as part of the sentence.

3More than a few, divide by two. The most common grammar errors in composition are the run-on and the fragment. To avoid the run-on, I have students count action verbs. Verbs are the heaviest component of a sentence and a sentence with more than three will usually be overweight. I also suggest they look for an abundance of and’s or commas. The divide by two rule clues them in to how many sentences to create from their run-on. A run-on with seven verbs, for instance, could normally be divided into three to four simpler sentences.

By using math to explain writing, you give the frustrated student logical tools to build upon while reinforcing grammatical rules. With luck, they just might add up to improved writing!

We’d love to read your comments below!