The Rule of Three 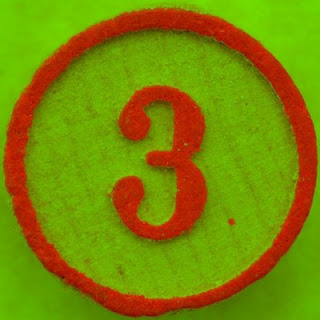 Experienced writers know there’s something magic about the number three. You’ve got your three bears, three little pigs, even three billy goats gruff. A stool needs three legs, the federal government has three branches, three strikes and you’re out. Three lights make up a traffic light, three sides make a triangle, and everything starts with “one…two…three… go!” Are you picking up a pattern here?

Keep in mind the magic of the number three. It’s not written in stone anywhere, but there is something intangibly satisfying about things that come in threes. A five-paragraph essay requires three supporting points because two usually seems weak and four points are hard to remember.

And speaking of remembering, why do you think phone numbers and social security numbers are broken into three parts? It’s easier to remember three-part combinations.

Check out these familiar three-part expressions. 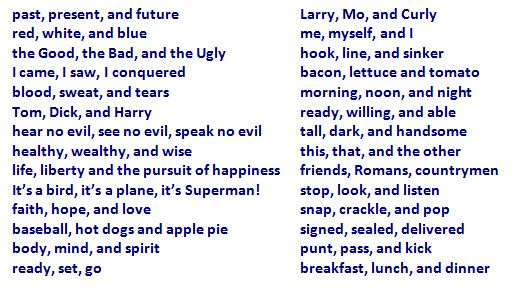 The rule of three applies to almost all parallel structures. That doesn’t mean you should force it: a series of two or four can work too. Be aware, however, that groups of three tend to fall sweetly on the ear. This is true in series of nouns:

Also in series of adjectives:

And series of verbs:

The rule of three applies to phrases, clauses, and even entire sentences:

Look for opportunities to apply the rule of three to your writing. Groups of three tend to provide a natural cadence, a rhythm that is subconsciously pleasing to the reader.

Have a comment? We’d love to hear from you. Leave your thoughts below.