I shared a bunch of these on a post not long ago, but I keep finding more. These quotes are selected because they express something true about writing in words that provoke, amuse, or inspire. I hope you enjoy them. Please feel free to share them. They all appear on the WriteAtHome Pinterest board too. 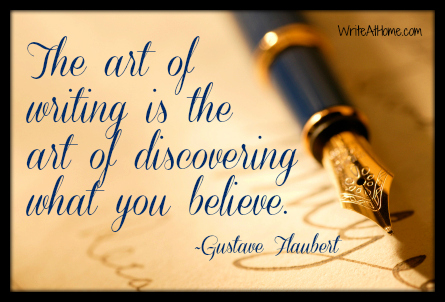 “The art of writing is the art of discovering what you believe.” ~Gustave Flaubert

It’s true, isn’t it? We might have a vague notion, but until we can put it in words — until we can wrestle it all about using language that makes sense to us and to a reader, we don’t really know what it is we really believe. 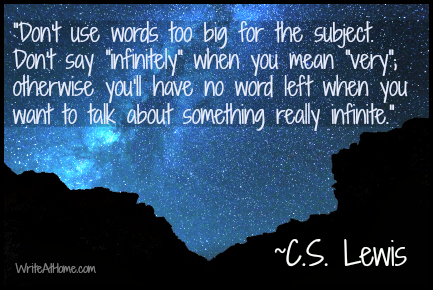 “Don’t use words too big for the subject. Don’t say “infinitely” when you mean “very”; otherwise you’ll have no word left when you want to talk about something really infinite.”  ~C. S. LEWIS

This is a common problem for student writers. They like to overstate. It’s also why words like awesome have been drained of their full impact. 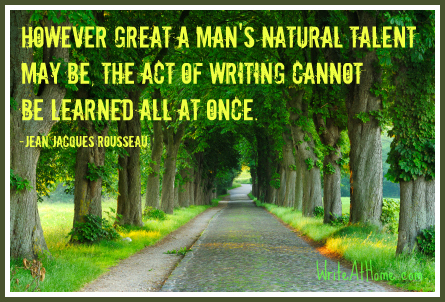 “However great a man’s natural talent may be, the act of writing cannot be learned all at once.” ~Jean Jacques Rousseau

We believe this at WriteAtHome. All writers gain proficiency over time through practice and coaching. 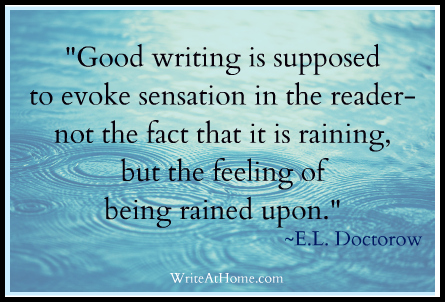 “Good writing is supposed to evoke sensation in the reader–not the fact that it is raining, but the feeling of being rained upon.” ~E.L. Doctorow 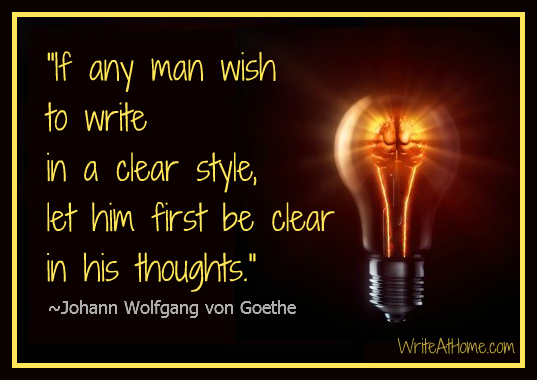 I have long thought that the main problem writing teachers face is not the inability of students to write, but their inability to think. 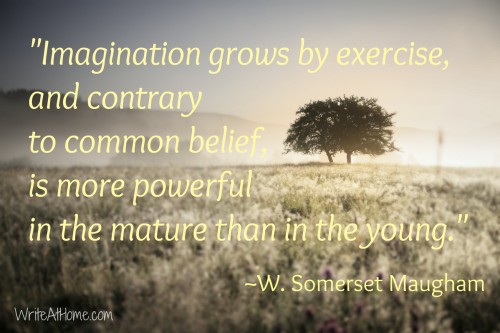 “Imagination grows by exercise, and contrary to common belief, is more powerful in the mature than in the young.” ~W. Somerset Maugham

Do you agree? Is imagination something that grows by exercise, or is it something we are born with and necessarily lose as time passes and we become more accepting of reality? 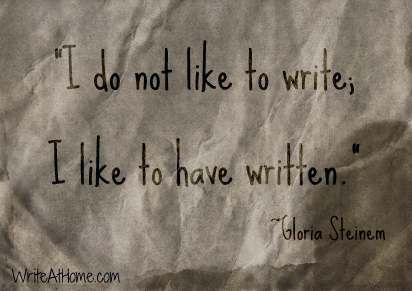 I  like this in particular because not only does it describe me, but I have used almost these exact words before to describe my attitude toward writing. Do you relate, or are you one of those people who actually gets a kick out of the work of writing? 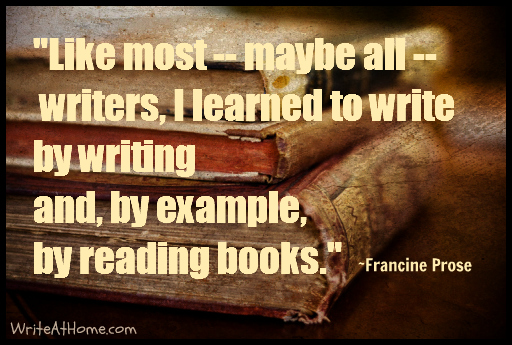 “Like most — maybe all — writers, I learned to write by writing and, by example, by reading books.” ~Francine Prose

There’s no getting around this. Writers learn to write by writing. This principle is the heart of the WriteAtHome program, by the way. I also happen to believe that studious reading is a great help in developing an ear for writing. You have to read by ear, though.

Comments? You got comments? Go ahead and leave them below!

Some Writing Advice from Annie Dillard