How to Write Description: Specific Details 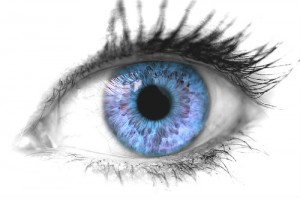 (photobucket)
Have you ever seen photographs that are black and white, but have had a touch of color added to particular places? Greeting cards like this are popular. You might see a little girl carrying a basket of flowers. The whole scene is black and white except for the girl’s rosy cheeks, pink lips, blue eyes, and the brilliant yellow flowers in her basket. With this technique, the photo-artist is able to draw your eye directly to certain places.

Good descriptive writers do the same thing. They draw a reader’s attention to important parts of the scene they are describing.  Don’t miss any of our great posts on writing, grammar, and language.  SUBSCRIBE NOW.

It’s not the big, obvious things that make for good description; it’s the small, hard-to-notice things. If you are describing a busy train station, your reader will assume that there’s a train and crowds of people. But the hiss of steam from the engine or the bright blue feather in a woman’s hat are details that give the scene life and interest.

That doesn’t mean you should bombard your reader with a long list of descriptive details. Just a few will do the trick. Check out these two paragraphs. Which do you like better?

A hush fell as the stranger entered the room. He was a little over six feet tall with brown hair and brown eyes. His nose was long and straight and his chin was clean-shaven. He walked a few steps into the room, then paused, hands on his hips, to survey his environment. As he slowly scanned the room, his expression revealed a superior self-confidence. He wore a long, dark leather overcoat that revealed  brown pants below the knee. His shoes were black and scuffed. In his right hand he held a silver pistol.

A hush fell as the stranger entered the room. He wore a dark leather overcoat and a superior sneer. The thumb of his right hand twitched on the handle of gleaming steel pistol.

Paragraph A is fine, but full of details that aren’t particularly interesting. Brown hair and eyes? Those are pretty common and not worth mentioning. Who cares about the color of his pants and shoes? Paragraph B, on the other hand, includes only carefully selected details. The reader gets the same basic picture, but now his attention is drawn to the most important and interesting aspects of this sinister stranger. What might that twitching thumb mean?

Good writers notice the little things. They are careful observers of the world around them. If you want to become a skilled descriptive writer, work on your powers of concentration. Take note of the details in the world around you that are interesting or make you think. What colors jump out? What shapes capture your attention? Look for unusual sights and sounds; it will pay off in your descriptions.

As you write descriptively, include the little details that make your subject come alive. But choose carefully — don’t overwhelm your reader with too much information.

Got a comment? We love those. Get a conversation going below.

The Heroic Journey, Part 20: Outer Journey
Writing Tip: Save the Best for Last