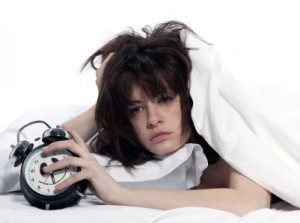 English verbs cause trouble, but some are more troublesome than others; take the various ways we can refer to starting a new day: wake, wake up, waken, awake, or awaken. Then there are the various forms: woke, woken, woken up, waked, waked up, waking, waking up, waken, awoke, awoken, awaking, awakened, awakening. Which of these is correct and when?

Good news. Pretty much all of them are correct.

I got to thinking about this after reading a blog post my daughter published in which she wrote, “We had all woken up just ten minutes earlier.” We had woken up just didn’t sound right to me, so I did some research. I ended up apologizing to my kid; there’s nothing wrong with it.

We actually have four distinct but nearly identical words for rousing from sleep: wake, waken, awake, awaken. If you consider it a different word, you could add the phrasal verb wake up, which is identical in meaning to wake, but more casual.

In other words, you could safely choose any of the following:

Of course, you could also say, rise, arise, get up, get out of bed, rouse myself or desist from slumber, but isn’t it strange that there are this many synonyms that so closely resemble one another? [Answer: Yes, it is strange.]

There are some who have suggested that wake and awake should be used only intransitively and waken and awaken only transitively. In other words, we should say,

Nothing wrong with that, but there’s no justification for insisting on it as a rule. There are innumerable examples of published works that use wake and awake transitively and waken and awaken intransitively. (If you need a brush up on what transitive and intransitive mean, go here.)

(Normally, I woke up  is preferred over I waked up.)

For waken and awaken, however, just the -ed form is used in the past tense: wakened and awakened.

For the past perfect tense, you could say:

I have awoken, or I have awaked.

I have woken, or I have waked.

I have woken up, or I have waked up.

I have wakened, or I have awakened.

It’s almost entirely a matter of preference. It might have been easier, in fact, to just list what doesn’t work:

Enough. You get the idea. I just hope this discussion has been interesting enough to keep you awake.

Tip #22: Write with Nouns and Verbs