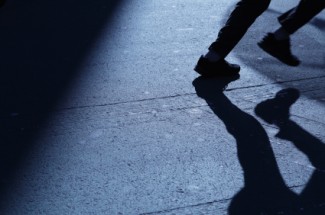 In the Mythological Woods the Hero may experience a Death and Rebirth or hit a nadir. He is making progress towards the Goal he discovered at the First Reversal, and may come into conflict with the Evil One and receive a reward.

A good name for this section of the novel would be Progress. From the First Reversal to the Midpoint, the Hero’s plan for achieving his outer motivation goal seems to be working. There’s still lots of conflict generating emotion and tension, but the Hero bypasses, overcomes, or delays the obstacles he faces. He’s making outward progress on what’s still a difficult goal to accomplish.

To keep the tension taut during this part, ask “What is at risk?” and “What are the consequences for failure?” The consequences will increase later, but they must be high enough to be worth writing about at this point.
Don’t miss any of our great posts on writing, grammar, and language. SUBSCRIBE NOW.

Remember that the Hero’s actions to achieve his goal must provoke unexpected results, his expectations slamming into unpleasant reality, making it more difficult for the Hero. “Mere activity is behavior in which what is expected happens,” McKee writes, “generating either no change or trivial change.”

In The Firm, for example, in order to solve the problem of being in a Mob-front law firm and having the FBI squeezing him, McDeere hires a private eye, involves his brother, and makes progress towards his goal. It looks like he’s solving his problems.

The key to this part is showing the reader the plan the Hero’s formulated to achieve the goal, and the obstacles inherent in that. The reader needs to see a crystal-clear motivation and the finish line to make it through this part, so give the Hero a seemingly impossible-to-achieve goal he’s chipping away at.

There will probably be a specific tests-and-challenges phase, as in Star Wars where first Obi-Wan and then Yoda teach Luke about The Force. Or in The Sting, where Paul Newman teaches Robert Redford how to run the sting. Or in Rocky, where Balboa does lots of sit-ups and runs up the steps of the art museum.

The Hero will be opposed by the Evil One, who will win most all the battles until the final one. Most of the conflicts are engineered by the Evil One, some are the Hero overcoming inner limitations. Luck is generally on the side of the Evil One until close to the final confrontation, when it switches to the Hero.

Remember the rule of progression – a story must not retreat to actions of lesser quality or magnitude, but move progressively forward to a final action, beyond which the audience cannot imagine another. In other words, work forward to a logical climax, and don’t ratchet the action down. Take breaks to work on subplots, cut away for comic interludes to break the tension, but the hero must keep drawing on greater capacities – more courage, more cleverness, more self-sacrifice is demanded, and he’s in greater and greater risk.

The Hero might fail some tests by underestimating the opposition, due to his own hubris, and learn humility. He might fail one test, come back later and pass it when he’s grown sufficiently. In fact, it’s good to have the Hero flunk tests early on, his mistakes get him into hot water, but every time he does so he needs to learn. He can’t repeat failures.

We love comments! Post your questions or comments below.