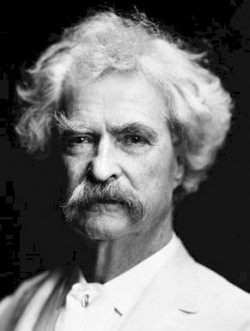 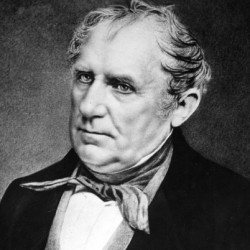 Since my first encounter with Tom Sawyer, I have been a fan of Mark Twain. You’d be hard pressed to find an author with a sharper wit and keener insight into human nature. His Adventures of Huckleberry Finn certainly ranks among the greatest of American novels. What you may not know is that Twain was also a scathing literary critic.

Twain had issues with the work of James Fenimore Cooper, a romantic novelist whose work just predated Twain’s. In 1895, Twain published an essay titled “Fenimore Cooper’s Literary Offenses” which blasts Cooper’s work, particularly the popular novel, The Deerslayer. With undisguised scorn and caustic humor, Twain lists nineteen rules of literary fiction and argues that Cooper violates eighteen of them. After some hilarious examples, Twain concludes:

A work of art? It has no invention; it has no order, system, sequence, or result; it has no lifelikeness, no thrill, no stir, no seeming of reality; its characters are confusedly drawn, and by their acts and words they prove that they are not the sort of people the author claims that they are; its humor is pathetic; its pathos is funny; its conversations are — oh! indescribable; its love-scenes odious; its English a crime against the language.

I had the misfortune of reading this critique of Cooper before actually reading Cooper, and as a result, well, never bothered. I accepted Twain’s review as authoritative. Recently, however, I discovered some critique of Twain’s critique. Apparently, he was unfair as well as uncharitable toward Mr. Cooper. Some of the passages he criticizes are little more than fictional creations of his own. He builds a straw man and attacks it.

Why would Twain do such a thing? Well, it’s possible that his essay was intended more as broad satire than academic literary criticism. He was, perhaps, more interested in creating an entertaining work of hyperbole than a scholarly analysis. Perhaps. At the time of this publication, Twain had just declared bankruptcy after the failure of several business ventures and a steady decline in book sales. He was writing to survive and found this “tooth and claw” style of literary criticism garnered attention. At the same time, Cooper’s works were being repackaged and republished with some critical fanfare. It’s likely that bitterness and envy played a role.

Still, I have to admire Twain’s spoof. It makes me laugh, even as I feel sorry for the defenseless and maligned Mr. Cooper. Below is my favorite portion:

If Cooper had been an observer his inventive faculty would have worked better; not more interestingly, but more rationally, more plausibly. Cooper’s proudest creations in the way of “situations” suffer noticeably from the absence of the observer’s protecting gift. Cooper’s eye was splendidly inaccurate. Cooper seldom saw anything correctly. He saw nearly all things as through a glass eye, darkly. Of course a man who cannot see the commonest little every-day matters accurately is working at a disadvantage when he is constructing a “situation.” In the “Deerslayer” tale Cooper has a stream which is fifty feet wide where it flows out of a lake; it presently narrows to twenty as it meanders along for no given reason, and yet when a stream acts like that it ought to be required to explain itself. Fourteen pages later the width of the brook’s outlet from the lake has suddenly shrunk thirty feet, and become “the narrowest part of the stream.” This shrinkage is not accounted for. The stream has bends in it, a sure indication that it has alluvial banks and cuts them; yet these bends are only thirty and fifty feet long. If Cooper had been a nice and punctilious observer he would have noticed that the bends were oftener nine hundred feet long than short of it.

Cooper made the exit of that stream fifty feet wide, in the first place, for no particular reason; in the second place, he narrowed it to less than twenty to accommodate some Indians. He bends a “sapling” to form an arch over this narrow passage, and conceals six Indians in its foliage. They are “laying” for a settler’s scow or ark which is coming up the stream on its way to the lake; it is being hauled against the stiff current by rope whose stationary end is anchored in the lake; its rate of progress cannot be more than a mile an hour. Cooper describes the ark, but pretty obscurely. In the matter of dimensions “it was little more than a modern canal boat.” Let us guess, then, that it was about one hundred and forty feet long. It was of “greater breadth than common.” Let us guess then that it was about sixteen feet wide. This leviathan had been prowling down bends which were but a third as long as itself, and scraping between banks where it only had two feet of space to spare on each side. We cannot too much admire this miracle. A low- roofed dwelling occupies “two-thirds of the ark’s length” — a dwelling ninety feet long and sixteen feet wide, let us say — a kind of vestibule train. The dwelling has two rooms — each forty- five feet long and sixteen feet wide, let us guess. One of them is the bedroom of the Hutter girls, Judith and Hetty; the other is the parlor in the daytime, at night it is papa’s bedchamber. The ark is arriving at the stream’s exit now, whose width has been reduced to less than twenty feet to accommodate the Indians — say to eighteen. There is a foot to spare on each side of the boat. Did the Indians notice that there was going to be a tight squeeze there? Did they notice that they could make money by climbing down out of that arched sapling and just stepping aboard when the ark scraped by? No, other Indians would have noticed these things, but Cooper’s Indian’s never notice anything. Cooper thinks they are marvelous creatures for noticing, but he was almost always in error about his Indians. There was seldom a sane one among them.

The ark is one hundred and forty-feet long; the dwelling is ninety feet long. The idea of the Indians is to drop softly and secretly from the arched sapling to the dwelling as the ark creeps along under it at the rate of a mile an hour, and butcher the family. It will take the ark a minute and a half to pass under. It will take the ninety-foot dwelling a minute to pass under. Now, then, what did the six Indians do? It would take you thirty years to guess, and even then you would have to give it up, I believe. Therefore, I will tell you what the Indians did. Their chief, a person of quite extraordinary intellect for a Cooper Indian, warily watched the canal-boat as it squeezed along under him and when he had got his calculations fined down to exactly the right shade, as he judge, he let go and dropped. And missed the boat! That is actually what he did. He missed the house, and landed in he stern of the scow. It was not much of a fall, yet it knocked him silly. He lay there unconscious. If the house had been ninety-seven feet long he would have made the trip. The error lay in the construction of the house. Cooper was no architect.

It’s important that we not take this at face value. The scene is apparently as much Twain’s a Cooper’s and hardly an even-handed analysis. There is, however, some insight about good writing to take from this. Good writers are, in fact, good observers. Pay attention to the details.

Like this article? There’s more where that came from. Subscribe to this blog (click the button in the upper-right-hand corner) and get an email once per week with links to all our latest posts!

Ten Lovely Thoughts for Mothers
Learning Is the Thing for You

A Key Characteristic for Aspiring Writers