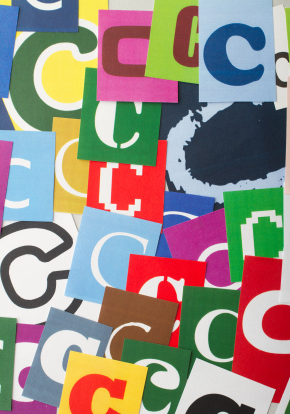 This is the third post about troublesome homophones. These are words that writers young and old regularly confuse because they sound the same, but are spelled differently. There are lots of them, which is why I’m going one letter at a time!

C is for Confusion…

A cache is a place to hide things. In IT, it’s a place where files are stored (or hidden). Cash is a term for bank notes, dollars, money. So, you might hide your cash in a cache.

A caddie carries the bag for golfers. A caddy is a container or rack for storing and/or organizing things.

Callus is the tough, thick skin that forms through vigorous use. Weight lifters and gymnasts get calluses on their hands. Runners and dancers on their feet. Guitar players on their fingertips. Callous is an adjective meaning hardhearted or unfeeling. A callous person, therefore, might be said to have a callused heart.

Most writers know what a cannon is — the weapon of war. But when referring to church law or an established set of rules or authorities, it’s a different word with one less N: canon.

Canvas is a noun. It’s the word for the kind of heavy material painters paint on and ship’s sails are made from. Canvass, with two S‘s, is a verb that means either to solicit things like votes or signatures or to investigate through discussion or debate.

People mess this up all the time. Most people never even notice there’s a difference. Capital with an A is most common. You almost always mean this kind of capital. The exception is when you are talking about a building where a legislature meets. Capitol with an O always refers to a building. When you mean the one in Washington D.C., where Congress meets, you capitalize it (you do NOT capitolize it): the Capitol building.

Yup; there are four different words with different meanings all pronounced the same way. Have I mentioned how crazy English is?

Carrot is the orange vegetable preferred by cartoon bunnies.

Caret is the editorial mark that indicates where something should be inserted. It looks like this: ^

Carat is the unit of weight for diamonds. The Hope Diamond, for example, is 45.5 carats. My wife’s engagement ring diamond is, well, slightly smaller.

Karat is the unit for measuring the fineness of gold, with pure gold being 24-karat.

We sing carols at Christmas, but the cubicle-type desk you sit at in a library or office would be called a carrel.

Cast is the more common word and has several definitions. As a noun, it refers to the performers in a play or movie, a mold, or something made by being poured into a mold. As a verb, it means to throw or fling. When you add an E to the end, however, it refers to a rigid societal class, such as that found in Hindu cultures.

Here we have a triple-homophone (not to be confused with a triple-homicide, which is a much more serious problem). All three words are common and are only rarely confused — probably due to simple carelessness.

Cent is a unit of money. It literally means “the hundredth part,” as cent– the prefix means one hundred (e.g., century, centennial, centimeter).

Scent means smell, although the connotation is nicer (It’s more pleasant to say, “You have a lovely scent” than “You have a nice smell.”)

Sent is the past tense of the verb send.

You eat cereal. If something comes in a series, we say it’s serial.

If something is inexpensive and/or of poor quality, it’s cheap. If someone doesn’t like to spend money, you would describe him using the same word. Cheep is the sound birds make.

Because chic is a French word, the spelling looks funny to Americans. It rhymes with peak, not slick. And it’s the word we mean to describe something fashionable. A sheik is a Middle Eastern chief or patriarch. If he’s a sharp dresser, of course, he would be a chic sheik.

The hot, spicy, soupy, bean-meaty, delicious Southwestern dish is called chili. If something is on the cold side, we say it’s chilly. Remember, no one likes chilly chili.

Stuff related to a chorus is choral. The sea animal that seems like rock or shell is coral.

Chorale is the musical term. It can mean a classical piece or the choir singing it. A corral is a bit less classy and urbane; it’s where you keep the horses.

If you haven’t figured it out yet, these homophones related to music all start with CH. Same here. A chord is a group of notes played together. It’s also a term in geometry. A cord (no H) is a woven rope, an insulated electric cable, or the ribs on cloth.

A chute is a trough or tube for funneling water or grain. Think the log flume ride at an amusement park. For all other uses, use shoot.

Another triple. Cite is a verb meaning to quote or reference. If you’ve done a research paper, you know all about citing. A policeman might cite you (give you a citation) for parking illegally.

Sight relates to vision. It’s our most treasured physical sense. It can also refer to something seen — a marvelous sight.

Site is a location: a job site, a construction site, a web site.

You click your tongue, or your heels, or a computer mouse. A clique is an exclusive group of people.

When you are going up a mountain or stairs, it’s a climb. Clime is short for climate. It refers to the typical weather of a place or region.

Coarse is an adjective meaning rough. A course is a program of study or planned route.

The military office is colonel. The pit or seed within fruit or grain is a kernel. In the expression a kernel of truth, we are referring metaphorically to the latter.

This one is easy to get wrong. To complement is to complete or make whole. A scarf, for instance, might complement a suit. To compliment, on the other hand, is to say something nice or flattering.

When we are referring to a group of soldiers or people acting together, we mean corps (Keep the P silent, or you’ve got the word for a dead body). Core is used for all other meanings.

This is another particularly problematic one. A council is a group of people that gives advice or recommendations. Counsel is the verb meaning to give suggestions or advice. It’s what a counselor does. So, a council counsels.

We don’t use the word queue much in America, but in the U.K., it’s what they call a line of waiting people. You wait in a queue, not a line. A cue is the term actors use for a signal for a line or action. A cue can also be a hint or suggestion. It’s also the stick used to strike the ball in pool or billiards.

A currant is similar to a small raisin. Current has many definitions, including electrical power, the flow of a stream, or an adjective meaning recent or contemporary.

The crashing metal percussion instrument is a cymbal. An image that has deeper significance than its surface is a symbol.

Do you confuse any of these C homophones? If you’ve learned any tricks for remembering the difference, please share them in the comments below!

For more of these, check the links below: