What a Comma Splice Is and How to Fix It 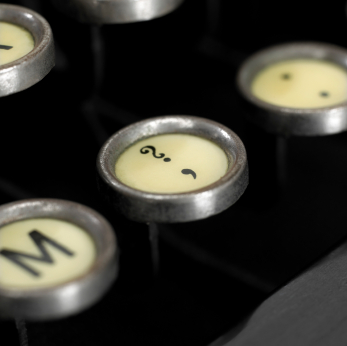 I just read this sentence in a student paper:

“Everybody is different, throughout history, though, stereotypes have caused big problems.”

This is an example of a common problem among young writers: the comma splice. Let’s take a look at what a comma splice is and how to fix it.

To avoid this, it’s necessary to know a little grammar. First, remember this simple definition:

An independent clause is a group of words that can stand alone as a complete sentence.

That’s a sentence composed of a single independent clause. It’s got all the necessary parts of a sentence: a subject (grandma), a predicate (wears), and  a complete idea.

But it’s possible to combine more than one independent clause into a single sentence.

Grandma wears army boots. Somehow they look good on her.

Here we have two short, complete sentences. Each is composed of single independent clause. No problem. But what if you want to combine them into one sentence? Would you do this?

Grandma wears army boots, somehow they look good on her.

Not if you care about grammar and usage rules, you wouldn’t. This is a comma splice. Just like the student’s sample, you’ve got two independent clauses (complete thoughts) joined with a measly little comma. You can’t do that. Commas can’t handle that kind of connection. It’s like hooking up two boxcars with a paper clip. Commas are puny, weak punctuation marks. They get pushed around all the time by burly periods, semicolons, and exclamation points. They need help.

So, a comma splice is two or more independent clauses joined by only a comma. That’s a no-no.

So, how do you fix a comma splice? There are several options. The simplest is to just turn both independent clauses into simple sentences. That means you replace the comma with a period, and start a new sentence:

Grandma wears army boots. Somehow they look good on her.

That’s where we started, remember? But we were hoping to combine these two ideas into one sentence. That’s possible too. You could use the comma’s tougher big brother — the semicolon:

Grandma wears army boots; somehow they look good on her.

The main use of a semicolon is to combine clearly related independent clauses into one sentence. Just be sure that the relationship between the ideas is obvious to the reader. If you want to make the relationship more evident, however, you can use one of the coordinating conjunctions (and, but, or, for, nor, yet, so). Remember though; when you use one of these suckers to link up two independent clauses, you always need a comma too. The comma goes first:

Grandma wears army boots, but somehow they look good on her.

Another option for properly connecting independent clauses is to use what is known as a conjunctive adverb. Some people call these adverbial conjunctions. They are words that serve the role of both a conjunction (joining ideas) and an adverb (modifying verbs or other modifiers). There’s a long list of these, but among the most common are however, therefore, and moreover. I think of these as somewhat fancier versions of the coordinating conjunctions, since but and however mean virtually the same thing, as do and and moreover. Conjunctive adverbs require fancier punctuation, too. Whenever you use one of these bad boys to connect independent clauses, you need both a semicolon before it and a comma after it:

Grandma wears army boots; however, somehow they look good on her.

Personally, I don’t like that option much in this case. I don’t like the way however and somehow sound adjoining one another. And it just seems too simple a sentence for a fancy-schmancy conjunctive adverb. Maybe in a sentence like this:

That Picasso is exquisite; however, its perspective is incongruous.

I don’t know what that means, but is sounds good, right?

There you have it. Four ways to repair a comma splice. That leaves the student I mentioned above these options:

1. Break them into two sentences.

Everybody is different. Throughout history, though, stereotypes have caused big problems.

Everybody is different; throughout history, though, stereotypes have caused big problems.

3. Use a comma and a coordinating conjunction.

Everybody is different, but throughout history, though, stereotypes have caused big problems.

4. Use a semicolon, a conjunctive adverb, and a comma.

Everybody is different; however, throughout history stereotypes have caused big problems.

If you want to know more about commas, I’ve done two previous posts that might be helpful. One’s on how to use commas and the other is on how not to use commas.

And here’s a video I found recently that won’t be helpful at all. It might make you laugh though.

The Heroic Journey 10: The Premise, or What the Story’s About
Conjunctive Adverbs and Why They Matter

5 Errors with Comparative and Superlative Forms