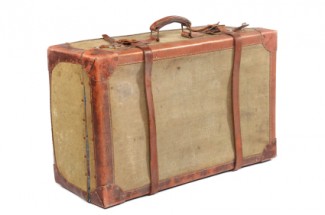 A portmanteau word is created by combining two existing words. They are sometimes eventually recognized by dictionaries, but more often, they appear as slang and quickly fade into obsolescence. A common and relevant example is blog (web + log).

Lewis Caroll gets credit for the linguistic term portmanteau. In his Through the Looking Glass, Humpty Dumpty explains the poem “Jabberwocky” to Alice:

Well, slithy means lithe and slimy … You see it’s like a portmanteau — there are two meanings packed up into one word.

“Jabberwocky” also gave us the now common word chortle, which is the blending of chuckle and snort.

Other common portmanteaux include:

But the most entertaining portmanteau words are those that won’t likely ever make the dictionary — words that are invented to meet a particular need for a particular time. Those below are in this category. Whether they survive remains to be seen.

Here are a few others  I found online, including their definitions:

And here’s my current favorite:

Got any more? I’d love some originals.

Click here to subscribe and get a link to our recent posts once per week in your email!