Search
Home / Blog / The Heroic Journey 8: The Structure of Story

The Heroic Journey 8: The Structure of Story 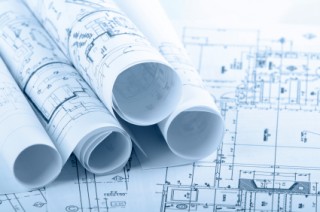 Today’s article is the eighth in a series of  guest posts from freelance writer, editor, and former WriteAtHome writing coach, David Sims. Read them all — they’re great!

We’ve talked about things like what makes a good Hero, what makes a good Nemesis, and how they work together to make a story that fits in the classic style popular the world over, so now let’s see how such a story is actually structured.

Hollywood movies, TV shows, popular novels and most Hero’s Journey stories generally follow a modified version of the classic three-act structure. Let me emphasize that you don’t have to structure every story this way. But it’s like carpentry: First learn how to make a basic chair before you begin experimenting with more artistic approaches. In story-writing, you should be familiar with the tried-and-true structural techniques; then you can get artistic, because you’ll know where the stress points are and what your structure has to support.

This is the view from 30,000 feet. We’ll use the Heroic Journey novel as an example but movies tend to be even more mechanical about following the structure. We’ll break the various parts down it future posts:

The Beginning sets the World of the Common Day of the Hero, establishes emotional reader identification with the Hero, raises story questions to get the reader interested in the Hero and the story, and shows the Hero as he crosses the threshold into the Mythological Woods to set off on his Journey of adventure. This stage of the novel will comprise the first ten percent.

Then at about the 20 percent point, something major happens to establish the Hero’s outer motivation for the rest of the Journey. Here is where the story really kicks off, where the Hero is faced with the seemingly impossible challenge he’ll spend the rest of the novel solving, where his outer motivation and goal are revealed. The end of this second stage marks the end of Act I.

There’s a specific reason for this — for having the real story start at the 20 percent point: It’s very difficult to maintain a tight, suspenseful story for much longer than that. The reader has to know and care somewhat about the characters for the suspense to work at all, and you can’t skimp on that development.

During the third stage, from the 20 percent point to the Midpoint, the Hero has a plan for attacking the problem and it seems to be working. Just before the midpoint, you think the Hero’s going to solve the problem.

But at the Midpoint the Hero suffers a Major Reversal; his plan is out the window; the stakes get a lot higher and more complicated. It becomes both much harder and much more important now for the Hero to complete the Journey and win the goal.

He passes the Point of No Return at the Midpoint. He can’t go back to his old life now if he wanted to. He might even try to go back and find he can’t — that he’s now irrevocably committed to the Journey.

During the fourth stage, from the Midpoint to about the 75 percent point, the conflicts and complications come thick and fast, and things look worse and worse for the Hero. At the 75 percent point he suffers another huge setback, and it seems to the reader that all is lost, that there is no way the Hero can win. The end of stage four is the end of Act II.

The fifth stage of the novel is from the 75 percent point to the Climax, where the Hero stakes everything he has on one last, do or die, all or nothing push to achieve the goal. This is the car chase, the most exciting, tense part of the novel. He either achieves it or doesn’t, or changes his mind about the goal at the Climax.

After the Climax, the story lines in the novel are wrapped up in the sixth stage – the Hero’s quest, inner growth, love interests – and the reader is given the emotional satisfaction of seeing the Hero as a result of his Journey.

That’s the bird’s eye view. Starting next week we’ll show how all this actually works on the page.

Improve your writing with a 100% guaranteed writing course from WriteAtHome.com. Created with homeschooling teens in mind. Visit us right now!

“I Love You” in Many Languages
Boot Idioms