Search
Home / Blog / The Heroic Journey 7: 12 Traits of the Nemesis

The Heroic Journey 7: 12 Traits of the Nemesis 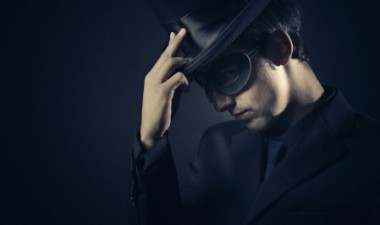 Today’s article is the seventh in a series of  guest posts from freelance writer, editor, and former WriteAtHome writing coach, David Sims. Read them all — they’re great!

Last week we looked at the Nemesis, or Evil One in broad outline. This week let’s take a look at some of the traits that go into a well-constructed bad guy:

1The Evil One is usually full of hubris. He can be dashing, handsome and striking, sophisticated and accomplished, often even more so than the Hero.

2He may be an outlaw. He could be a vicious criminal, or even an outwardly respectable person, but his very presence generates unease, menace.

4He can be wounded, but he uses it as an excuse for evil and reader sympathy is not aroused.

5He may have a special talent, and use it to win most of the contests until the end. He may lose at the end due to overconfidence.

6He is not motivated by altruism or idealism but by greed, lust, hatred, revenge, et al. He’s out for himself while the Hero is not. He does not act out of a positive idealism, if he calls it that it’s self-serving tripe, he does not operate for the good of others, whereas the Hero does, at least at parts of the story.

7He is cruel, even if not apparently so.

8He may win by luck. In the beginning and middle of the story, the Hero usually has bad luck, and after the Death and Rebirth the luck is usually on the side of the Hero. The Evil One can quit or surrender, the Hero never does, no matter how deep his discouragement along the way. The Evil One can appear courageous or imposing in the beginning and middle, but it’s revealed for a posture at the end.

9He can whine, and grovel, the Hero never does. The Evil One isn’t stoical like the Hero, but generally petulant and self-indulgent.

10He is not loyal in the final analysis, he will turn on anyone and sacrifice anything and anyone to save his own skin.

11He is generally not physically superior, but frequently has a Sidekick who is.

12He sometimes falsely claims a special birth or destiny.