The Heroic Journey 3: The Hero’s Goals 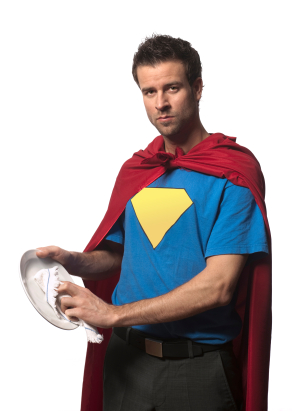 Today’s article is the third in a series of  guest posts from freelance writer, editor, and former WriteAtHome writing coach David Sims.

We can be heroes
Just for one day.
– David Bowie

The heroic journey is about one thing: The pursuit of the Hero’s goal. Your first job is to get the reader to identify with the Hero.

Have you ever wondered why was the movie Titanic so successful? As Hollywood script consultant Michael Hague said, not because it’s so exciting to watch a shipwreck, but because it’s emotional to be a character in a shipwreck. We become Jack or Rose, the Hero of that movie. We identify with her or him and experience the story through their eyes.

“When we identify with a protagonist and his desires in life, we are in fact rooting for our own desires in life,” Robert McKee writes. In other words, the reason we read stories is to become the Hero and experience the story, the tension, the thrills, the fear, all the emotions as he or she does.

We are Belle in Beauty and the Beast, we are Mitch McDeere in The Firm, we are John Yossarian in Catch-22, we are Holden Caulfield, Huck Finn, James Bond, Scarlett O’Hara, Forrest Gump, the sheriff, the detective.

The reader wants to feel what goes on in a story, not simply hear what goes on. This is why establishing reader identification with the Hero in the first ten pages, or better yet five, is crucial. Sympathizing with the Hero establishes the reader’s place in the fictional world. People don’t read novels to be instructed or improved, but to feel emotional tension and release. Don’t make the mistake of thinking you’re writing about settings, characters or events. You’re writing about your Hero’s emotional reactions to settings, characters and events.

How to do this? There are some ways that have worked well over time.

Make the Hero the victim of some undeserved hardship or misfortune. We like people dealing as best they can with bad luck. We sympathize with someone in a tough situation. Have a sympathetic character who, as Dean Koontz puts it, “has just been or is about to be plunged into terrible trouble.” Think of Woody the day Buzz Lightyear shows up.

Put the Hero in jeopardy. We identify with people we worry about. When Rose gets on the Titanic we know she’s in trouble. William Money, Clint Eastwood’s lead character in Unforgiven, has two kids whose mother, the love of his life, has died. They live on a poor, isolated pig farm where the hogs are sick and he’s in danger of losing the farm (there’s a twofer – jeopardy combined with undeserved misfortune). Bolt out in the world alone, Nemo and his father.

But never let the Hero use the misfortune as something to whine about, or use as an excuse. Readers emotionally identify with characters they feel sorry for, not characters they pity or who pity themselves, or those who have brought their misery upon themselves.

Make a character vulnerable — think Dorothy on the way to Oz.

Make the Hero funny. We like funny people. This especially works with darker Heroes, or ones with a mean streak – Lightning McQueen in Cars, Bill Murray in Groundhog Day or Billy Crystal in When Harry Met Sally.

Make him good at what he does, someone we fantasize being as good as – Indiana Jones or Batman, the rat in Ratatouille. A Hero doesn’t have to be likeable — Michael Corleone isn’t likeable, but he is powerful, and he’s a good Hero. So is Dracula.

Putting elements of the underdog in your Hero gets you extra sympathy. Americans love underdogs like John Grisham’s lawyer heroes. Think David against Goliath. Rocky Balboa is the poster child for this approach. You’ve never read any novels starring an IRS agent, have you?

See how many of those qualities Harry Potter has? Ever wonder why he’s such a successful hero?

And the one unbreakable rule is to never, ever make your Hero a hypocrite. Readers always dissociate themselves from hypocrites. Right or wrong, they must be sincere.