The Heroic Journey 4: The Hero’s Traits 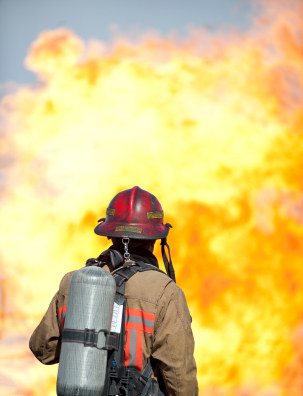 Today’s article is the fourth in a series of  guest posts from freelance writer, editor, and former WriteAtHome writing coach, David Sims.

We’ve discussed the Hero’s goals and how you can get the reader to identify and sympathize with the Hero. So who, exactly, is the Hero?

He’s an extreme, larger than life, slightly neurotic, driven type. He stands out in a crowd. He should be just a little bit better than the average guy – stronger, wittier, more beautiful, but not excessively so.

No Hero would have all positive traits and no negative ones; such a character is unrealistic and boring. Choose which ones fit the needs of your story.

The Hero is a protagonist. This means he takes the lead. He’s a man of action. “Other characters may be dogged, even inflexible, but the protagonist in particular is a willful being,” Robert McKee says. “A story cannot be told about a protagonist who doesn’t want anything, who cannot make decisions, whose actions effect no change at any level.”

The Hero simply must have courage, or find it, because her quest, her journey must require it. She will face a life or death situation, and risk something of supreme importance. If she doesn’t care enough to do that, the reader doesn’t care either — nor should he. “The art of the story is not about the middle ground, but about the pendulum of existence swinging to the limits,” McKee writes, adding that the reader “senses that limit and wants it reached.”

The Hero’s  main quest will be a moral issue. He will have the choice between right – acting unselfishly, adhering to principle despite the temptation toward self-interest – and wrong — acting selfishly, abandoning conviction for the sake of personal advantage. He will act out of the unconscious reserves of who he is, out of his bedrock principle and character.

The Hero must be clever and resourceful. At times in the story she’ll get by on her quick wits, or her ability to improvise, or talk her way out of something.

An Outlaw Hero will defy conventionality or be a rougher sort of rogue, maybe a highwayman, but never a vicious criminal. Frequently the Hero is some sort of societal outcast, loner, alien or outlaw. If society considers him an outlaw, he lives according to a more exalted personal code. An outlaw Hero gets away with stuff we’d like to get away with, rises above convention, embodies our secret desires and wishes, and is always faithful to his deeper beliefs.

She has a special talent, which may or may not come in handy during the Journey. It can help endear the Hero to the reader, impress the reader and draw the reader into the Hero and the story.

He’s good at what he does for a living. Many times he’s recognized or honored by his society – well-paid, promoted, respected or admired.

She generally has or receives a wound, is disgraced or grieving. She can be disdained or simply unrecognized by society. This helps her be human and sympathetic. She might have been unjustly convicted of something, be misunderstood or have committed a great sin – the deeper and more painful, the better for the reader. Heroes need to suffer.

He’s motivated by idealism, at least at important parts of the Journey. He must act unselfishly at some point, even lose selfishness as part of the Journey.

She can have hubris – a big head. She can be a mouthy jerk at times, or cynical from jaded, disillusioned idealism, but she’s never a complainer or whiner.

He’s loyal. Which can create wonderfully complex conflicts when his loyalties conflict – when loyalty to his Sidekick or an Ally opposes the goal of the Journey. What to do then?

That’s a lot of traits, but think about your favorite story Heroes. Do they fit the description? I bet they do.

Infographic: Teens, Media, and Multitasking
Blogging as a Learning Tool