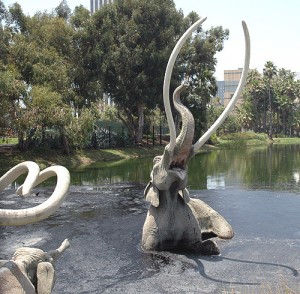 The The Tar Pits Tar Pits

In our previous two discussions of redundancy, we covered tautology, which is using different words to say the same thing, and pleonasm, in which more words than necessary are used because the meaning of one is implied in the other. Keep in mind that discussions like this can be interesting in and of themselves, but the point is that both tautology and pleonasm usually weaken writing. In this post, however, we’ll look at three situations where redundancy is either intentional or unobjectionable.

Ancient poetry relied on tautology like contemporary poetry relies on rhyme and meter. Biblical poetry, for example, as found in the Psalms, Ecclesiastes, and Job, often restates the same idea in different words:

My son, my teachings you shall not forget and my commands your heart shall guard. (Proverbs 3:1)

Lord, who may dwell in your sanctuary?
Who may live on your holy hill? (Psalm 15:1)

Another intentional use of redundancy might be for humorous effect. Thanks to wordfocus.com for these examples:

Is that a mirage or am I seeing things?

It’s deja vu all over again. –attributed to Yogi Berra

Smoking can kill you, and if you’ve been killed, you’ve lost a very important part of your life. –attributed to Brooke Shields

It’s bad luck to be superstitious.

Cliches are a dime a dozen — avoid them like the plague.

I’ve told you  a million times not to exaggerate!

Half the lies they tell about us aren’t true.

Anyone who goes to a psychiatrist ought to have his head examined. -Samuel Goldwyn

I never make predictions, especially about the future. -attributed to Samuel Goldwyn

I used to be indecisive. Now I’m not sure.

Recently, Major League Baseball announced that the California Angels baseball team would be changing its name to the Los Angeles Angels. This, anyone at all familiar with Spanish can tell you, is a redundancy. Since Los Angeles is Spanish for The Angels, the team is now officially The Angels Angels.

Yet, this kind of mixed-language tautology is common and virtually unavoidable because so few people are multilingual. The commonness of this phenomenon and the reality of language barriers make mixed-language redundancy mostly unobjectionable. Here are some examples that you might not be aware of, via Wikipedia:

I’ll wrap up this look at redundancy with this image I posted previously. I think it explains itself. 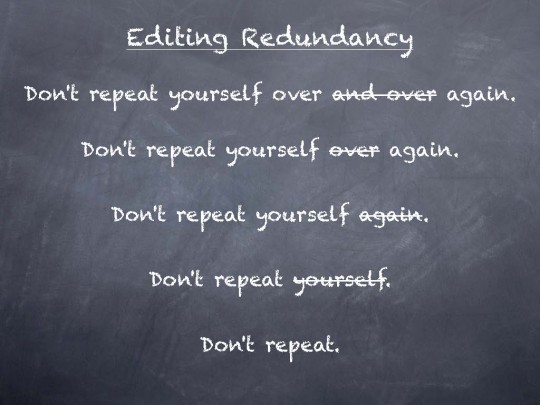