Search
Home / Blog / The Heroic Journey 1: Every Story is the Same Old Story

The Heroic Journey 1: Every Story is the Same Old Story 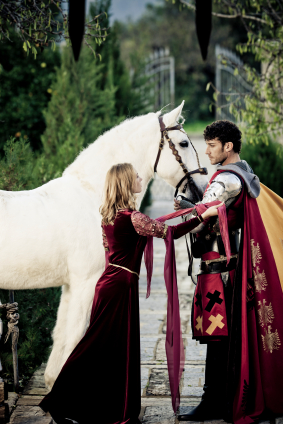 Today’s article is a guest post from freelance writer, editor, and former WriteAtHome writing coach David Sims. David lives in New Zealand with his wife Sue, and his children Zelda, Blake, and Dylan.

Let me tell you every story that’s ever been written, told, filmed or sung.

Every good one, that is.

Somebody is living in the world of the common day. Ordinary day-to-day life. He’s not comfortable there, something’s… off. Then it happens: He gets an invitation, in some way, to enter a different world. Go on an adventure. A quest.

Thus the journey begins — wait. Not so fast. It’s usually the case that the person, now recognizable as the hero, rejects the call to adventure. He’s unsure of himself, even though deep down, he knows this is what he’s been waiting for.

We like the hero. We feel empathy — as the story goes on, we will identify with the hero. He will have characteristics we like to think we have, some flaws we may recognize in ourselves, but he will never be a hypocrite. Ever. There is no such thing as a hypocritical hero in world literature. He’s somebody we could want to be. His quest becomes ours, we will feel for him as he fails and achieves.

And finally, due to the advice of a wise old mentor, or friend, he decides to cross the threshold, leave behind the world of the common day, and enter the new world.

At first things go great. He’s learning the ropes in the new world, finding out what the rules are, and meeting people — some friends, some enemies. A shapeshifter — someone who’s this way today, then tomorrow appear to be something else entirely. A waitress he finds out is secretly working for the CIA, say.

He’s given a quest. A mission. He has to use all his brains, strength and courage to achieve that goal. Just when it looks like he’s making progress, something happens to set him back again. His plans blow up in his face and he has to scramble.

Halfway through the story something happens that makes it impossible for him to go back to life as it was before. Now he must complete the journey or die trying.

Things get harder. A key ally either is killed or turns against him. The one thing he thought was completely necessary is taken away.

About three-fourths of the way through the story, things will seem the darkest. The hero will suffer a major reversal that will make it seem like all is lost. He must risk everything for one last all-or-nothing shot at the goal. He will climb into the cockpit of a rebel fighter and try to shoot that one perfect shot that will destroy the Death Star while Darth Vader’s trying to shoot him down and his friends are crashing left and right.

But he does. He’s pushed to his extreme limits, he has to summon all his courage and strength and brains, but he achieves the goal. He wins something that will be of great benefit to himself and his community.

In future blog posts I’ll go through this story in greater detail, since it is the template for all great stories from Cinderella to a Dickens novel to Star Wars to ancient Greek myths to a John Grisham novel to any Western you care to name to Indiana Jones to the romantic comedy my wife and I watched last night.

We’ll look at what makes a suitable hero, the role of the mentor, the threshold, the Mythologial Woods, the halfway point, the great reversal, the final push for the goal, the elixir, and other assorted topics. By the end of it you’ll have a pretty good grasp of the basics. Then we’ll learn to put it all together into a good, solid story.

Okay, not all stories have all the elements of the heroic journey, but all traditional narrative stories follow the template. Okay, metafiction doesn’t, Woody Allen movies may or may not, experimental film makes a point of not following it, but who wants to watch that anyway?

NEXT ARTICLE IN THIS SERIES