Search
Home / Blog / Redundant Prepositions: Something About Which I Am Concerned About

Redundant Prepositions: Something About Which I Am Concerned About 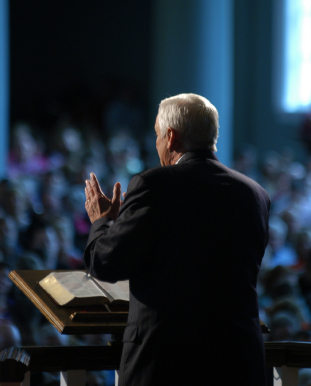 First, there’s nothing wrong with ending a sentence with a preposition. It’s a myth — probably the most tenacious of all grammar myths.

Fine. I think the first version is clearer and less pretentious, but that’s just a matter of opinion. The latter sentence is less likely to offend cranky English teachers.

What amuses me is when public speakers forget that they already inserted the preposition into the sentence (I mean speakers in general of course  — not my pastors or anything). They end up saying something like “This is the topic about which I want to talk about.”

This, by the way, is rarely a problem in written English. Most everyone catches and edits the redundancy in print, but speakers mess this up regularly. We should all be inclined to overlook spoken errors (especially during, say, preaching), since they have little time to catch their own mistakes. But if you know any public speakers, share this article with them. Just being aware of the problem may help them avoid statements like:

Do you like this article? Please consider sharing it or subscribing to our weekly email update! Post any comments and questions below.