Search
Home / Blog / Teaching Is All about Loving Kids

Teaching Is All about Loving Kids 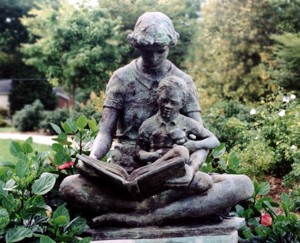 What makes a good teacher? I had a conversation the other day with a friend who is pursuing a career in education, and I shared with him something I learned years ago: All good teachers–the ones who make a difference–are people who love kids.

I became convinced of this years ago, when I was teaching English in a difficult public school and had the chance to work with a student teacher. Angela was making a mid-career switch to education. I had had a pleasant experience with a student teacher a couple years earlier-an enthusiastic young woman who won the kids over early with her enthusiasm and energy. Angela was a different story. She was smart. She knew her grammar and was well-read. She had, in fact, a real passion for literature. All good things. But there was something missing.

Angela clearly didn’t respect me much as a teacher. She picked up on my numerous glaring weaknesses. I was a poor lesson-planner and my classes tended to be a bit chaotic. I had a good rapport with my students, but they knew how to get me off the subject. I was always more interested in winning kids over to the joys of books and language than in getting through a syllabus. Angela was more by-the-book. Way more type-A.

There’s nothing wrong with that either. There’s no single personality type that makes for a good teacher. I figured out soon enough that Angela was doomed as a teacher, but it wasn’t because she tended toward compulsive behavior. It was because she didn’t seem to like kids. My students never took to Angela. They begged me to get rid of her and resume my teaching duties, but I had to leave them in her hands for a certain number of days.

I tried to help Angela with classroom management strategies (the ones she had learned about in  her education classes didn’t seem to work very well). But by the end of her assignment with me, it had become obvious to me that things would turn out only one of two ways with Angela: Either she’d last a year or two before quitting, or she’d stick it out as one of those miserable, unpleasant teachers that most of us have encountered and wish we could forget.

In a difficult conversation, I told her so. I told her that she was in most ways fully capable of being a good teacher. She knew her stuff and even showed some passion for the subject. But unless she could view her students as the reason she teaches rather than an impediment to overcome, she wouldn’t likely be effective, and certainly wouldn’t be happy in the job.

This, by the way, is why homeschooling is normally so effective. Love, after all, covers a multitude of sins. Moms (and dads) who love their kids will find a way to educate them even if they lack expertise. Think about all the teachers that made a difference in your life. The ones you’d love to see again and thank for their influence. I bet it wasn’t their knowledge of their subject that made a lasting impression on you. I bet it was their obvious love for kids like you.

I never learned what happened to Angela. Maybe she discovered somewhere a genuine love for teenagers and is now a happy and successful teacher. I hope so, but I have my doubts.

Waiting for the Other Shoe to Drop
Is It Okay to Say Funner and Funnest?